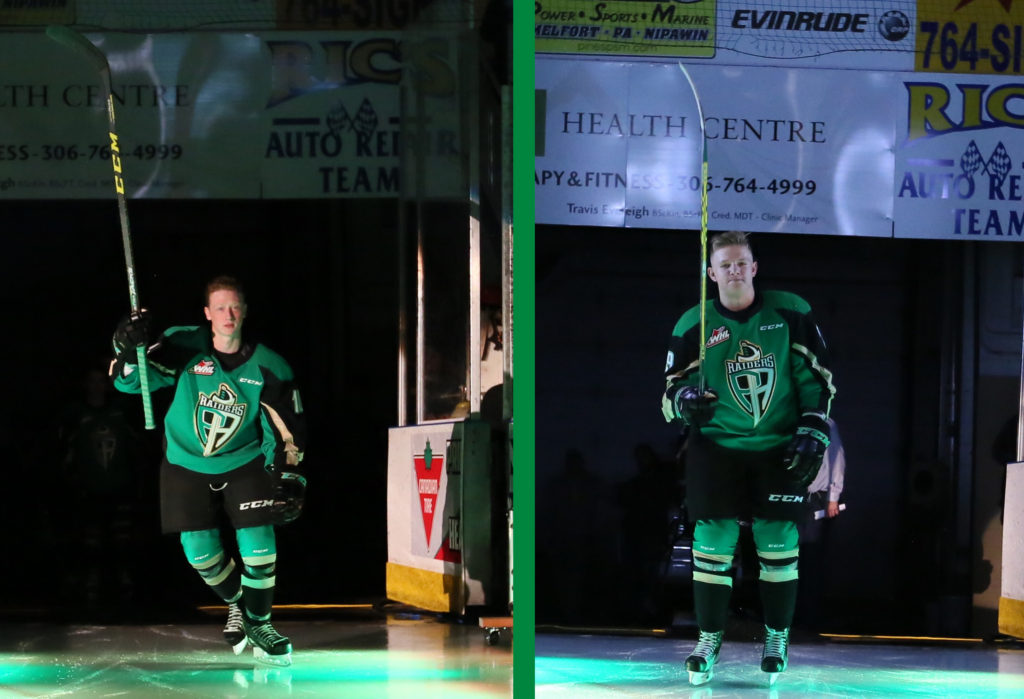 Astrouski will play in the AJHL with the Drumheller Dragons. He appeared in one game with the Raiders this season, drawing into last week’s 2-0 loss to the Saskatoon Blades. Astrouski was picked in the 10th round of the 2015 WHL Bantam Draft.

Kirk has been assigned to the MJHL’s Swan Valley Stampeders. The Swan River product played in three games with the Raiders this season. He picked up an assist and held a plus-two rating. Kirk was drafted in the fifth round of the 2015 WHL Bantam Draft.