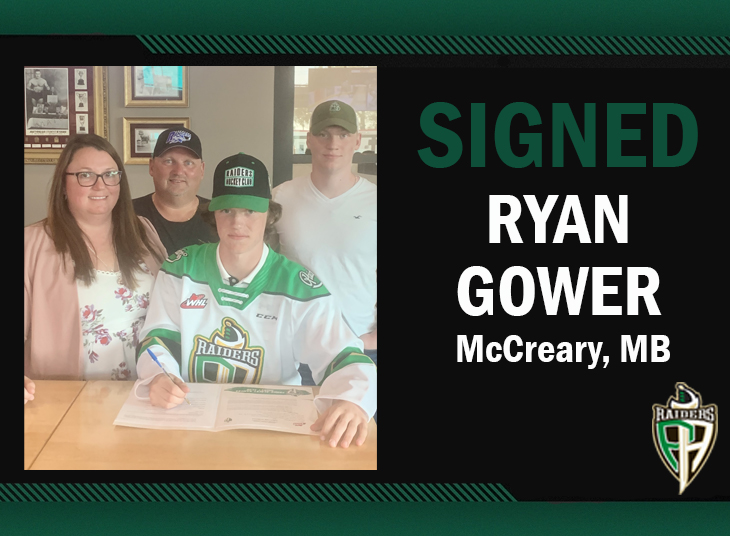 Prince Albert – The Prince Albert Raiders are thrilled to announce the signing of Ryan Gower to a WHL Standard Player Agreement.

Gower was selected by the Raiders with the 32nd overall pick in the 2022 WHL Prospect Draft back on May 19th.  The 5’7” d-man out of McCreary Manitoba, put up 34 points (13 goals and 21 assists) in 32 games for the Parkland Rangers last season on his way to leading the U15 AAA Winnipeg Hockey League in defensive scoring.

“We are very excited to add Ryan to our defensive group.  He is a transitional defenseman who can easily skate or pass himself out of trouble situations and can join the rush offensively” adds Raider Director of Player Personnel Bruno Zarrillo”.