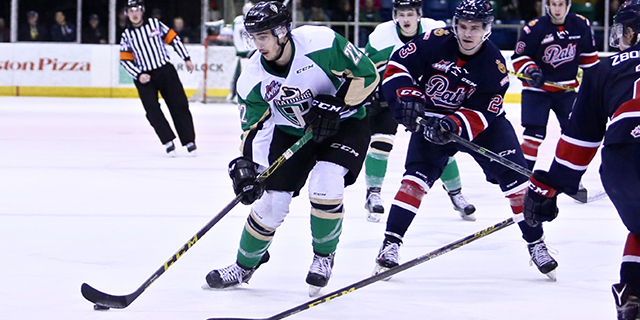 Iowa is the AHL affiliate of the National Hockey League’s Minnesota Wild. Warner was signed to a three-year entry level contract as a free agent by Minnesota on September 23, 2014 after he attended the Wild’s development camp and 2014-15 training camp.

The Eden Prairie, MN native recently completed his second year with the Raiders where he skated in all 72 regular season games. Warner posted three goals and 18 assists for 21 points to go along with 78 penalty minutes. He also dressed in four of the Raiders’ post-season contests.

The 20-year-old defender finished his Western Hockey League career with three goals and 21 assists for 24 points with 103 penalty minutes in 96 regular season games.

Prince Albert Raiders 2016-17 season tickets go on sale on Monday, April 11. Get the best seats at the best price for all 36 home games by visiting the Raider Office at the Art Hauser Centre or by ordering online at raiderhockey.com.