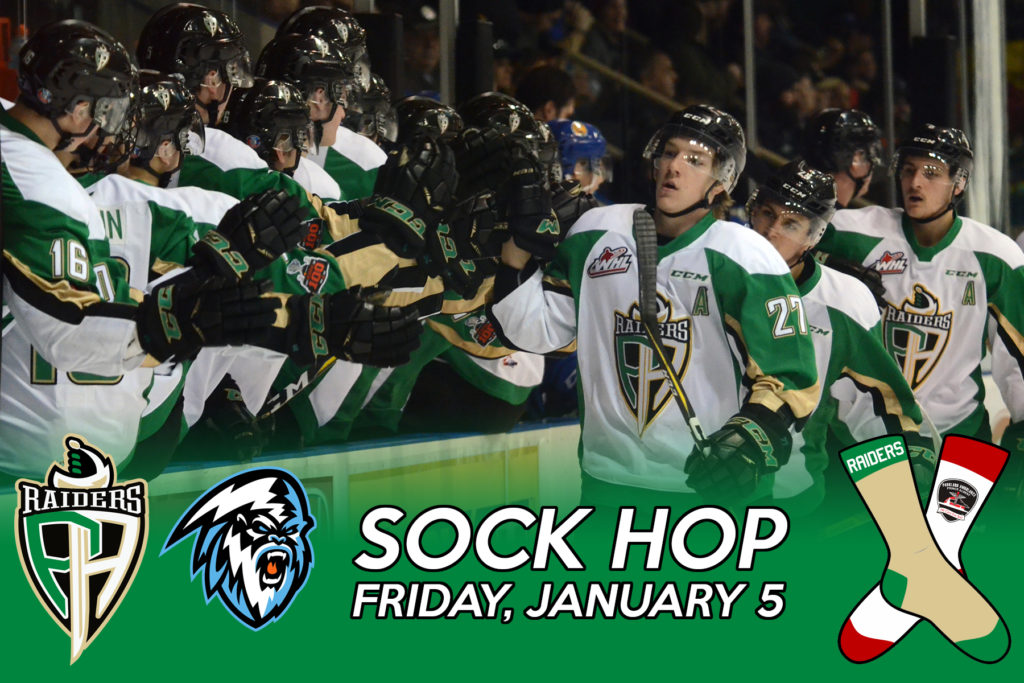 Prince Albert, SK – The Prince Albert Raiders will be hosting a Sock Hop on Friday night when the Kootenay ICE visit the Art Hauser Centre, presented by Parkland Ambulance and Giant Tiger.

The Raiders will be accepting donations of new pairs of socks on Friday night in support of Parkland Ambulance, who will then give them to people in need.

“Keeping people warm is always an important priority,” said Parkland Ambulance Director of Public Affairs Lyle Karasiuk. “We’re so happy to be able to give back the community and thank the Prince Albert Raiders for allowing us to collect donations at their game.

Fans who bring in pairs of socks will be entered into a draw to win a new TV. When they enter the Art Hauser Centre, they will be given a draw ticket to put in their pair of socks. During the second intermission, fans will attempt to throw their socks into a vehicle driving around the ice. One pair from inside the vehicle will be picked and the winning ticket number will be called. If no socks make it into the vehicle, a pair will be chosen at random from the ice.

For fans who forget to bring a pair of socks, Giant Tigers has donated 200 pairs of socks to the night. They will be available for purchase in the Johnny Bower Lobby prior to the game.