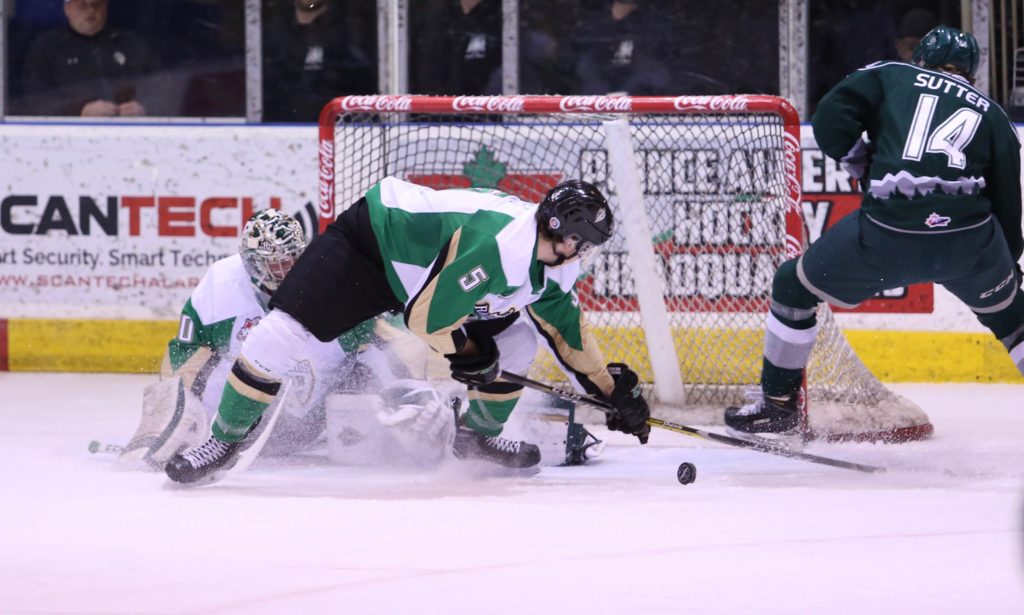 It was a goaltender’s duel in the first period. Raiders netminder Nicholas Sanders and Silvertips goalie Carter Hart both were perfect in the opening period, stopping 13 and 10 shots respectively.

The Silvertips took the lead 5:14 into the second. Eetu Tuulola scored the game’s first goal. Right after scoring, he drew a penalty on Max Martin. On the ensuing Everett power play, Riley Sutter found the back of the net 45 seconds later. The goal was reviewed, but the call on the ice was upheld. Everett got one more before the end of the second. Patrick Bajkov tallied the Silvertips’ second power-play marker of the period to give them a 3-0 lead after 40 minutes.

That score held until late in the third period. Curtis Miske jammed a puck through Hart on a late power play to make it a 3-1 game, which ended up being the final. The goal extended his scoring streak to four games and his point streak to five.

Sanders finished the game with 33 saves in a losing effort. Hart stopped 26 Raider shots for the win.

The Raiders hit the road on Saturday night to take on the Brandon Wheat Kings at Westman Place. Game time is 7:30 p.m. The Raiders return home on Monday afternoon for a Family Day game against the Regina Pats. Kids in attendance will be invited onto the ice for a post-game skate with snacks from McSweeney’s Premium Jerky, presented by 900 CKBI. Puck drop is 4 p.m. Tickets are available at raiderhockey.com, the Raider Office or by calling 306-764-5438.