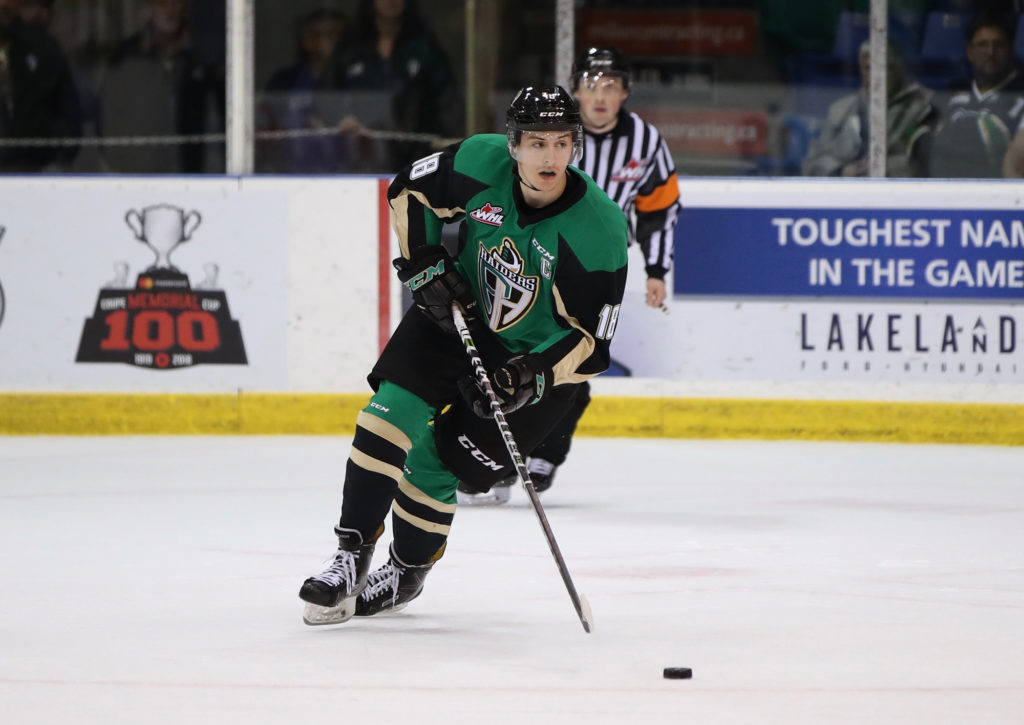 The Raiders finished their trip with a 2-4-0-0 record.

The Chiefs got out to a fast start when Hudson Elynuik beat Ian Scott from the left wing 1:12 into the game. With 3:55 remaining in the frame, Dalton Hamaliuk found the back of the net to put Spokane up 2-0 after 20 minutes.

In the second, Spokane increased their lead at the 5:56 mark. Nolan Reid’s shot squeaked through Scott to make it a 3-0 game.

Spokane continued to find the back of the net in the third. Zach Fischer scored twice, while Tyson Helgesen and Luke Toporowski rounded out the scoring.

Scott made 41 saves in a losing effort for the Raiders. Donovan Buskey stopped all 13 Raider shots for the shutout.

After two weeks away, the Raiders return to the Art Hauser Centre on Friday night against the Swift Current Broncos on 80s Night Presented By Canadian Tire. Tickets are available at raiderhockey.com.