Raiders Fall In Shootout To Broncos 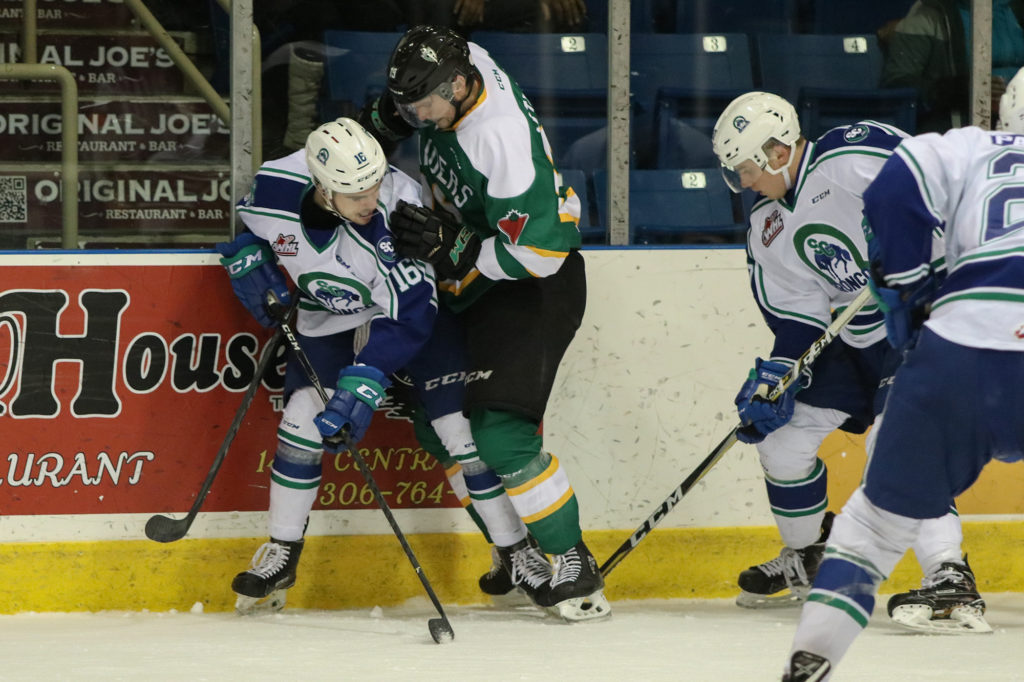 The Raiders got the game’s first goal 5:44 into the opening period. Cole Fonstad finished off a power-play opportunity to beat goaltender Logan Flodell for his eighth goal of the season.

In the second, Jordy Stallard’s 16th goal of the year gave the Raiders a 2-0 lead 5:08 into the frame. Stallard jammed the puck past Flodell on a two-on-one opportunity with Fonstad. Before the end of the period, the Broncos got one back. Glenn Gawdin scored his first of the game with 5:43 to play to make it a 2-1 game after 40 minutes.

Gawdin found the back of the net again midway through the third period. His 19th of the year tied the game at 2-2, sending it to overtime.

Midway through the overtime period, Curtis Miske was given a penalty for goaltender interference on a hard rush to the net. However, the Raiders were able to kill off the penalty to force a shootout.

Gawdin and Tyler Steenbergen were the only two players to score in the shootout, giving the Broncos the 3-2 win.

Ian Scott made 32 saves in a losing effort for the Raiders. Flodell stopped 29 shots and both Raider shooters to earn the win.

The Raiders are back in action tomorrow night in Moose Jaw against the Warriors (19-5-0-0) at Mosaic Place. The next Raiders’ home game is on Wednesday, December 6 against the Medicine Hat Tigers. Tickets are available at raiderhockey.com, the Raider Office, or by calling 306-764-5348.