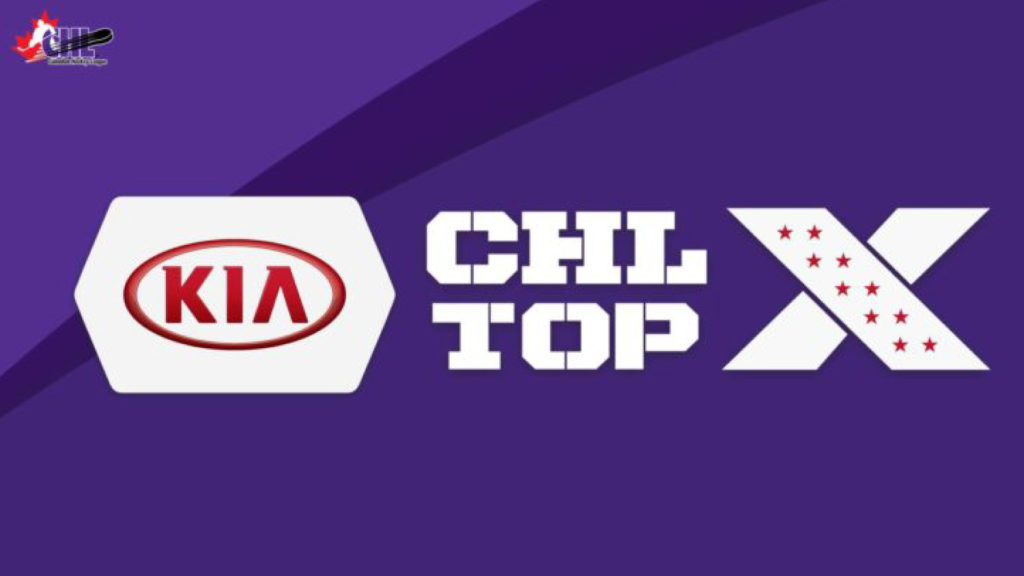 Toronto, Ont. – The Canadian Hockey League today announced the week 15 edition of the Kia CHL Top-10 Rankings for the 2018-19 season. The weekly rankings of the CHL’s Top-10 teams are selected by a panel of National Hockey League scouts.

Entering 2019, the Western Hockey League’s Prince Albert Raiders remained the top team in the CHL, occupying the number one spot. Leading the Raiders in scoring during the month of December was WHL On the Run Player of the Week Noah Gregor (San Jose Sharks), who had 23 points (12G-11A) and a plus-16 rating in 11 games. Also playing a strong role in the Raiders’ success during December were Cole Fonstad (Montreal Canadiens), who had 19 points (5G-14A), rookie Ozzy Wiesblatt, who had 11 points (3G-8A), and Max Martin, who had 11 points (1G-10A) as well. The Raiders play to home games this weekend. First is the Moose Jaw Warriors on Friday night followed by the Saskatoon Blades on Saturday. Tickets for both games are available at the Raider Office and online here.

Retaining the fifth spot for another week were the Everett Silvertips, who continued to lead the WHL’s Western Conference with a 16-game undefeated streak (14-0-1-1). 2019 NHL Draft prospect Dustin Wolf was recognized with the WHL Vaughn Goaltender of the Month award Wednesday following a 6-0-0-1 record, 1.27 goals-against-average, 0.955 save percentage, and one shutout during December. The Silvertips also made a big splash in the trade market earlier this week, acquiring Zack Andrusiak from the Seattle Thunderbirds. The Silvertips are on the road next against the Tri-City Americans on Friday, January 4 (7:05 p.m. PT).

Also earning a spot in the Kia CHL Top 10 Rankings this week were the Vancouver Giants, who came in at the 10 spot. 2019 NHL Draft prospect Bowen Byram led the Giants in scoring with eight points (2G-6A) in the month of December. Despite the low scoring totals, the Giants still posted a favourable 6-3-0-0 record in December, keeping them in the lead in the B.C. Division and second place in the Western Conference. The Giants are in action Wednesday against the Medicine Hat Tigers and continue their Central Division road trip Friday, January 4 (7:00 p.m. MT) against the Lethbridge Hurricanes.