Raiders Edged By Royals In Victoria 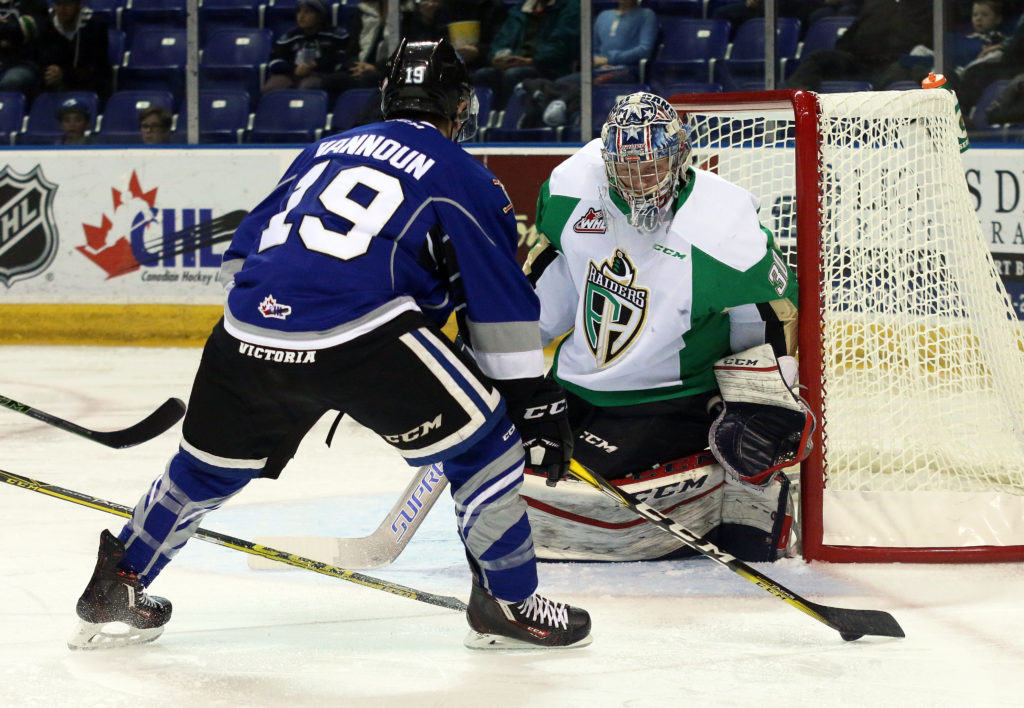 The Royals jumped on an early power-play opportunity in the first period to take a 1-0 lead. Jared Dmytriw beat Raiders goaltender Nicholas Sanders to finish off a quick passing play 2:21 into the game.

The score held at 1-0 until late in the second period thanks to Sanders. He turned aside Carter Folk on a breakaway chance late in the frame. That allowed the Raiders to tie the game on a power play with 3:49 remaining in the frame. Loch Morrison’s blast from the point got past Griffen Outhouse to send the game to the intermission tied 1-1.

Loch Morrison scores his first of the year for the Raiders to tie the game, on the PP 16:11 into the second. Montgomery with the screen pic.twitter.com/v85CG4gL66

Early in the third, the Royals regained the lead. Matthew Phillips tipped a point shot past Sanders at the 3:06 mark of the period. The Raiders applied pressure looking for the equalizer, but were unable to solve Outhouse for a second time in the game. Tyler Soy scored into the empty net to round out the scoring at 3-1.

Sanders kept the Raiders in the game for most of the night. He finished the night with 27 saves in a losing effort. Outhouse stopped 25 Raiders shots to earn the win.

The Raiders are back in action on Wednesday night when they travel to Langley to take on the Vancouver Giants.. Game time is 9 p.m. CST. The next Raiders’ home game is on Wednesday, November 23 against the Swift Current Broncos. Puck drop at the Art Hauser Centre is 7 p.m.