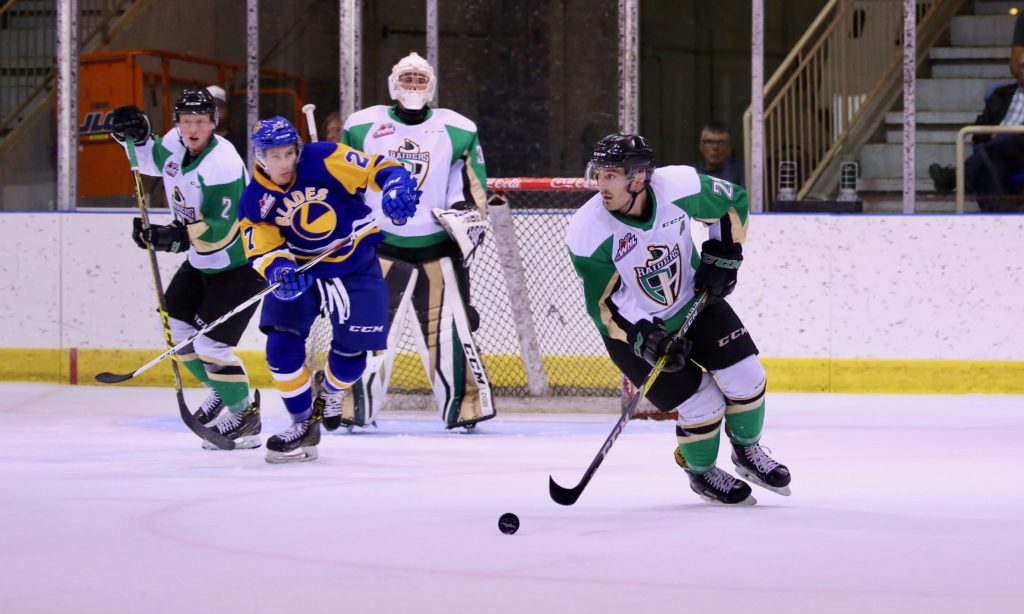 The Raiders opened the scoring early in the first period. Carson Miller notched his first of the pre-season 2:18 into the frame. That lead held until the 5:05 mark of the second. Seth Bafaro solved Curtis Meger with a one-time blast on a four-on-three power play.

After Montgomery gave the Raiders a 3-1 with 4:35 left in the game, the Blades made things interesting. Josh Paterson scored a power-play goal with 55 seconds remaining to cut the lead to 3-2. However, the Raiders’ defence held for the final minute to preserve the win.

Curtis Meger stopped 20 shots in the Raiders’ win, picking up his third career pre-season win in the process. Grzybowksi took the loss for the Blades, making nine saves.

The Raiders head to Warman on Saturday night in a rematch against the Blades. Puck drop is 7 p.m. at the Legends Centre. The next Raiders’ home game is on Saturday, September 16 against the Regina Pats in the final game of the WHL Pre-season. Game time is 7 p.m.

The 2017-18 WHL Regular Season opens on Friday, September 22 when the Raiders host the Moose Jaw Warriors at the Art Hauser Centre. Puck drop is 7 p.m. Tickets are available online or at the Raider Office.