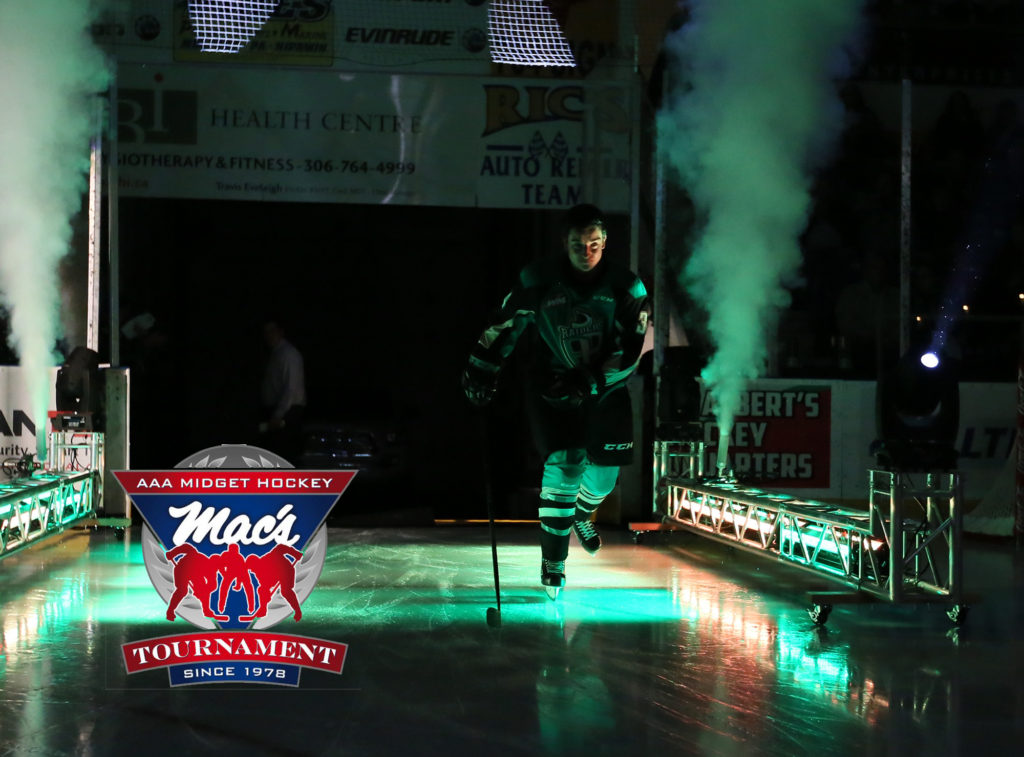 Prince Albert, SK – The future of the Prince Albert Raiders will be represented at the 2016 Mac’s Midget AAA World Invitational Hockey Tournament in December.

Five drafted Raider prospects will suit up for their respective club teams in the tournament that begins on Boxing Day.

Two members of the Raiders’ 2015 WHL Bantam Draft class will share the ice during the tournament. Third-round pick Tyler Lowe and sixth-round pick Chase Felgueiras lead the Calgary Northstars into the Mac’s.

As for the 2016 class, Quinn Olson and the Calgary Buffaloes will be in the field. Also, Adam Herold and Eric Pearce will play for the Regina Pat Canadians.

The 25-team tournament wraps up on New Year’s Day.