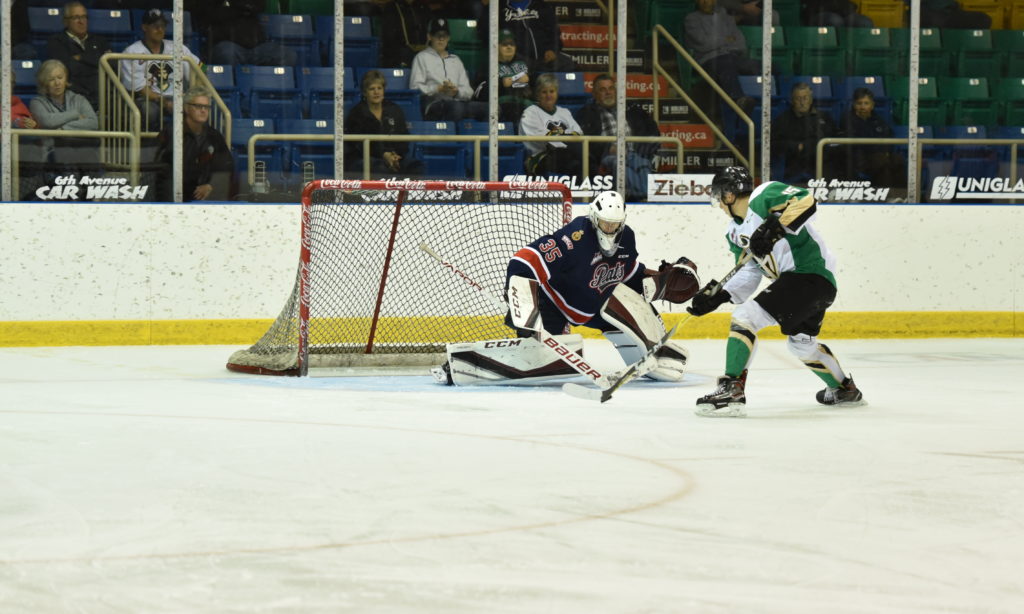 Prince Albert, SK – The 2017 WHL Pre-season ended on a sour note for the Prince Albert Raiders as they dropped a 5-1 game to the Regina Pats on Saturday night at the Art Hauser Centre.

The Pats opened the scoring 5:38 into the first period on Logan Nijhoff’s first goal of the pre-season. Less than a minute later, the Raiders tied the game on Devon Skoleski’s first official goal of the exhibition contest. He had the shootout winner in Friday night’s contest. Before the end of the frame, Duncan Pierce responded for the Pats to give his team a 2-1 lead heading into the intermission.

In the second, the Pats tacked on two more goals. First, Liam Schioler found the back of the net from the point. Then, Rayman Bassi beat Curtis Meger to put the Pats ahead 4-1.

Tristen Robins added a fifth goal for the visitors at the 5:23 mark of the third to round out the scoring.

Nicholas Sanders got the start in net for the Raiders, stopping eight of 11 shots in 31 minutes of game action. Curtis Meger played the rest of the game and made 13 saves.

For Regina, Max Paddock stopped seven of eight shots to earn the win. Jacob Wassermann was perfect in relief.

The next Raiders’ game is the 2017-18 Home Opener presented by CKBI. The Moose Jaw Warriors come to town to open the regular season. Puck drop is at 7 p.m. Tickets are available at the Raider Office or at raiderhockey.com.