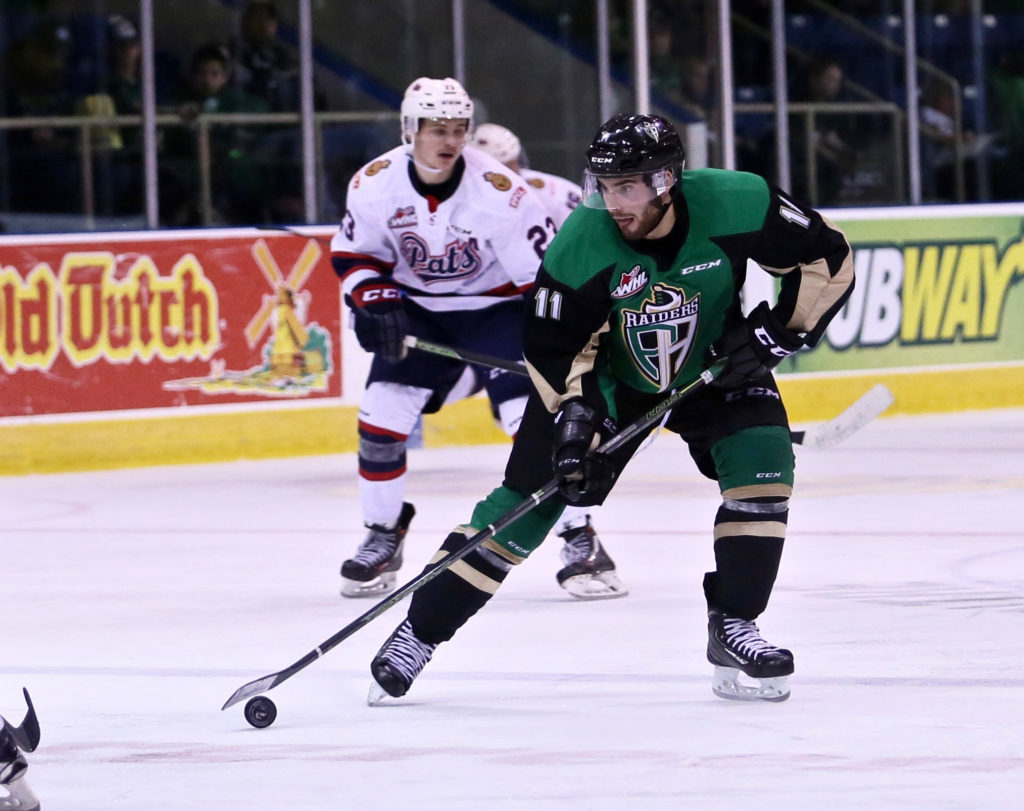 Prince Albert, SK – The Prince Albert Raiders made a trade with the Vancouver Giants on Friday.

The Raiders traded ’97-born forward Cal Babych to the Vancouver Giants in exchange for a conditional draft pick in the 2018 WHL Bantam Draft.

Babych, a product of North Vancouver, BC, suited up for 56 games with the Raiders last season. He scored five goals and added nine assists.

The Raiders are in action again on Saturday night when they take on the Saskatoon Blades in Warman. They return home on September 15 for a Thursday night preseason tilt with the Moose Jaw Warriors. Puck drop is 7 p.m. at the Art Hauser Centre.