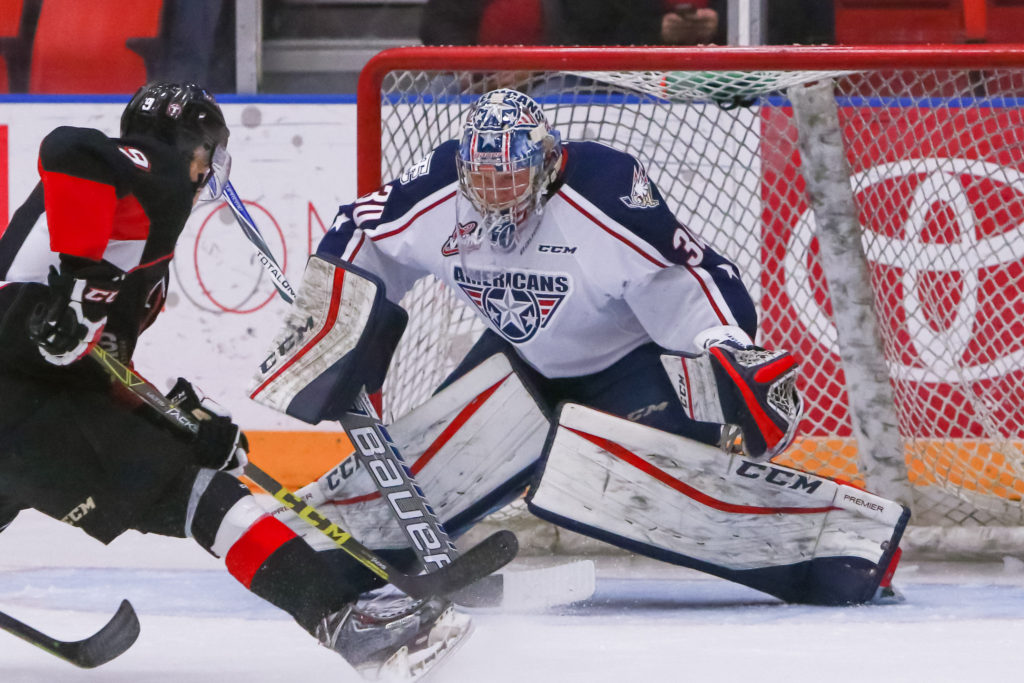 Prince Albert, SK – The Prince Albert Raiders completed a trade with the Tri-City Americans on Thursday.

The Raiders acquired 1998-born goaltender Nicholas Sanders and a third round pick from the Americans in exchange for overage goaltender Rylan Parenteau.

“This was a very hard decision,” said Raiders general manager Curtis Hunt. “Rylan is a quality person, player and Raider. However, we felt it was necessary based on the players on the roster. We’re sending Rylan to an organization that we feel, with his addition, is in the mix to compete. We want to thank Rylan for everything he has done for the organization on the ice and in the community and we wish him the best with the Americans.”

Sanders, from Calgary, AB, was a sixth-round pick of the Americans in the 2013 WHL Bantam Draft. He played in 23 games with the Americans last season, posting a 9-6-0-1 record, a 2.99 goals-against average and a 0.901 save percentage. Through three games this season, he has a 2-1 record.

Parenteau, from Saskatoon, was picked by the Raiders in the third round of the 2011 WHL Bantam Draft with the 53rd overall selection. He finished last season with a 25-17-5-1 record, which included a 2.82 goals-against average and a 0.913 save percentage. He played in 103 career games with the Raiders, culminating in a 44-38-7-2 record.