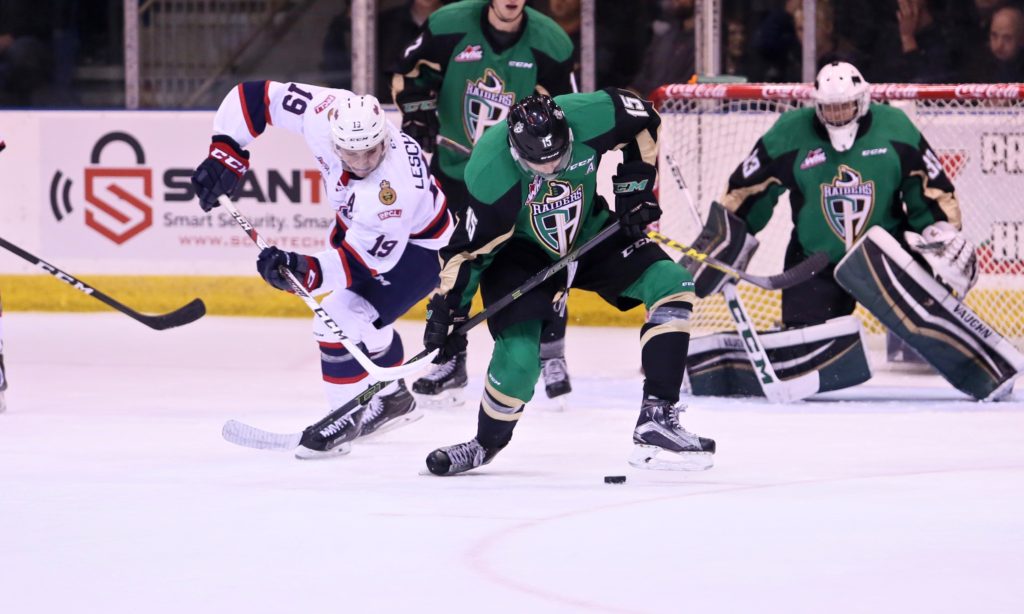 Prince Albert, SK – The Prince Albert Raiders were upended in their home opener on Saturday night, dropping a 4-2 game to the Regina Pats at the Art Hauser Centre.

In front of 2,719 fans, the Pats scored three unanswered goals – starting with Lane Zablocki’s marker at the 9:48 mark of the second period – to earn the win.

The Pats used a shorthanded goal from Jake Leschyshyn to open the scoring midway through the first. Later in the period, Austin Glover buried his second of the campaign to make it a 1-1 game after the opening frame.

In the second, Kolten Olynek scored his second in as many games, finishing off a tic-tac-toe passing play on a Raiders power play.

Zablocki then scored midway through the frame, followed by Braydon Buziak with 2:59 to play in the second. Jake Leschyshyn added an empty-net goal with 3:03 to play in the third to round out the scoring.

Ian Scott had another busy night in the Raiders’ net. He stopped 41 of the 44 shots he faced in the game in the loss. Jordan Hollett made 28 saves in the win for the Pats.

The Raiders are off until Friday, September 30 when they host the Swift Current Broncos. Puck drop is 7 p.m. at the Art Hauser Centre.