Raiders Come Up Short Against Pats 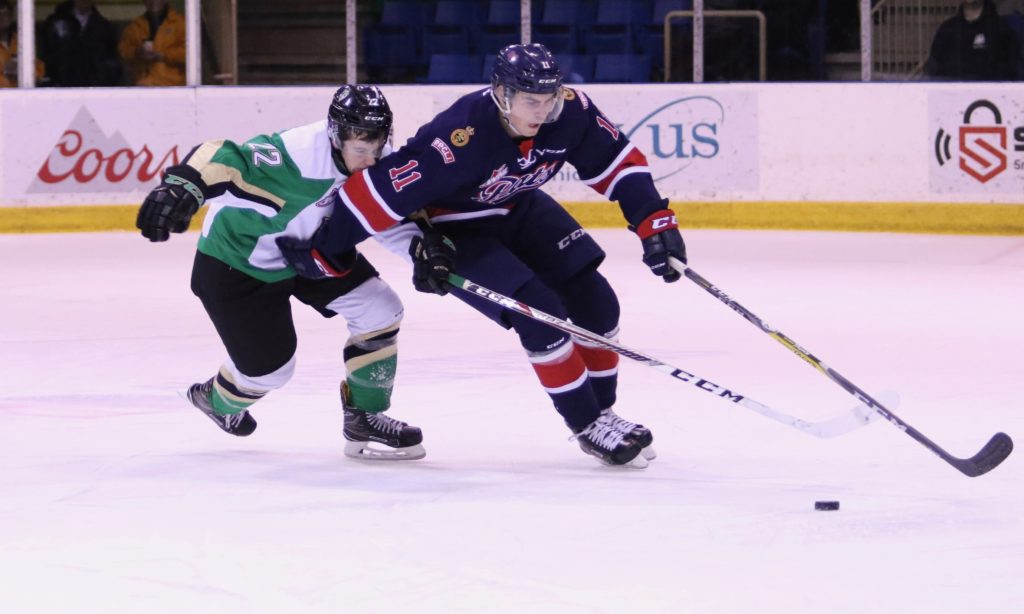 The lead lasted until the 7:09 mark of the second. Spencer Moe buried a beautiful cross-crease feed from Cole Fonstad to make it a 1-1 game. Three minutes later, Filip Ahl restored the Pats’ lead. Then, Connor Hobbs tapped in a backdoor pass to give the Pats a 3-1 lead after two periods.

In the third, Hobbs notched his second goal of the game at the 9:03 mark of the period. Eight seconds later, Dawson Leedahl increased the Pats lead to 5-1, which turned out to be the final.

Ian Scott stopped 34 shots in a losing effort for the Raiders. Max Paddock picked up the win with a 33-save performance.

The Raiders hit the road for the next four games, beginning on Wednesday night in Cranbrook against the Kootenay ICE. Game time is 8 p.m. The next Raiders’ home game is on Friday, January 27 when they take on the Lethbridge Hurricanes. Tickets are available here, the Raider Office or by calling 306-764-5348.