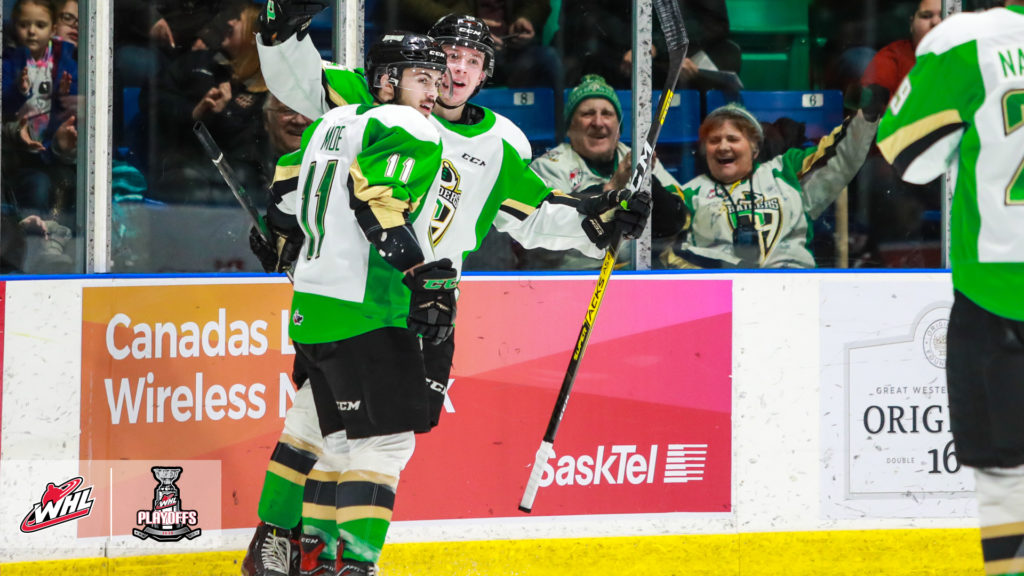 For a second-straight season, the Prince Albert Raiders are the champions of the Western Hockey League’s East Division.

Earning the honour for the fifth time in franchise history, the Raiders have remained a competitive force following their WHL Championship victory in 2019.

The Raiders finished the 2019-20 WHL Regular Season with a 36-18-6-4 record, good for 82 points through 64 games. Closest to them in the East Division standings were the Winnipeg ICE, who had 77 points through 63 games.

Washington Capitals prospect Aliaksei Protas led the Raiders with 80 points (31G-49A) over 58 games this season. In their previous 10 games, the Raiders were 7-2-1-0.

The Raiders were one of three division champions to be crowned Wednesday. Before today, the Kamloops Blazers were the lone team to clinch a division title.