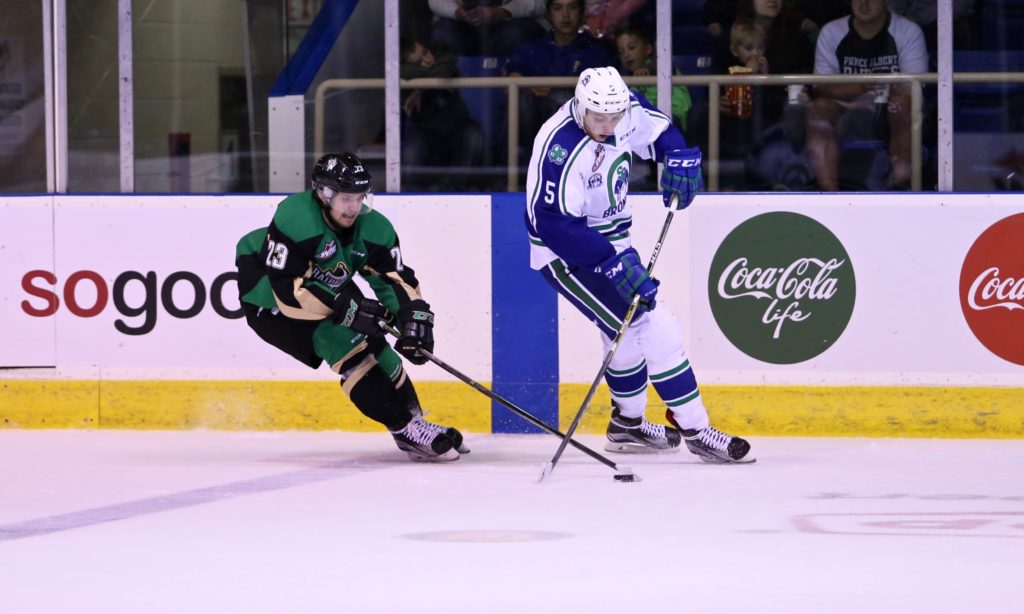 Prince Albert, SK – Simon Stransky and Austin Glover continued their strong starts to the season, but it wasn’t enough as the Swift Current Broncos (2-1-0-0) skated to a 5-2 win over the Prince Albert Raiders (1-2-0-0) on Friday night at the Art Hauser Centre.

Stransky opened the scoring with this third of the campaign at the 4:45 mark of the first period. Before the end, Artyom Minulin and Tyler Steenbergen scored for the Broncos to give the visitors a 2-1 lead after the opening frame.

In the second, Glover found the back of the net for the third time this season – with an assist from Stransky – to tie the game at 2-2. It was deadlocked until the 17:33 mark of the second when Glenn Gawdin beat Ian Scott to give the Broncos a 3-2 lead.

In the third, Arthur Miller tallied an unassisted marker with 3:38 to play. Lane Pederson added an empty-net goal with six-hundredths of a second left on the clock to make the final 5-2.

The Raiders are back in action on Sunday afternoon when they host the Edmonton Oil Kings (2-1-0-0) for a 4 p.m. start. Following the game, fans in attendance are invited to lace up the skates and take the ice with the Raiders. Helmets must be worn. No sticks are allowed.