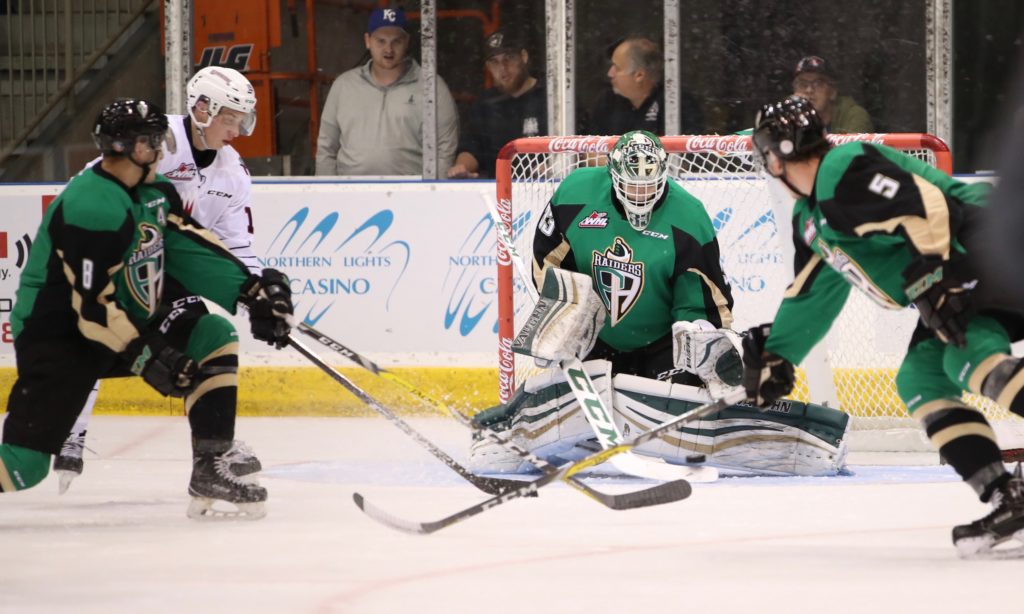 Prince Albert, SK – The Prince Albert Raiders were held off the scoresheet in their home opener on Friday night in a 3-0 shutout loss to the Moose Jaw Warriors.

Following a scoreless first period, the Warriors grabbed the lead 6:36 into the second. Brayden Burke finished an odd-man rush past a sprawling Ian Scott to put the Warriors up 1-0.

Early in the third, Moose Jaw extended its lead 56 seconds into the frame. Justin Almeida’s shot ricocheted off Brayden Pachal’s skate and into the net to give the Warriors a 2-0 lead. Shortly after, Scott left the game due to an apparent injury. In his 41 minutes of play, Scott made 26 saves.

Nicholas Sanders came in for Scott. Shortly after taking the goal, Jett Woo solved Sanders from the blueline to round out the scoring.

In just about a period’s worth of action, Sanders made 11 saves. Brody Willms shut the door on the Raiders for the entire game, turning aside all 21 shots faced.

The Raiders will try to get revenge on the Warriors tomorrow night at Mosaic Place in Moose Jaw. Puck drop is 7 p.m.

The next Raiders’ home game is on Friday, September 29 when the Calgary Hitmen visit the Art Hauser Centre. Game time is 7 p.m. Tickets are available at the Raider Office or at raiderhockey.com.