Raiders Blanked By Pats in 2016 Finale 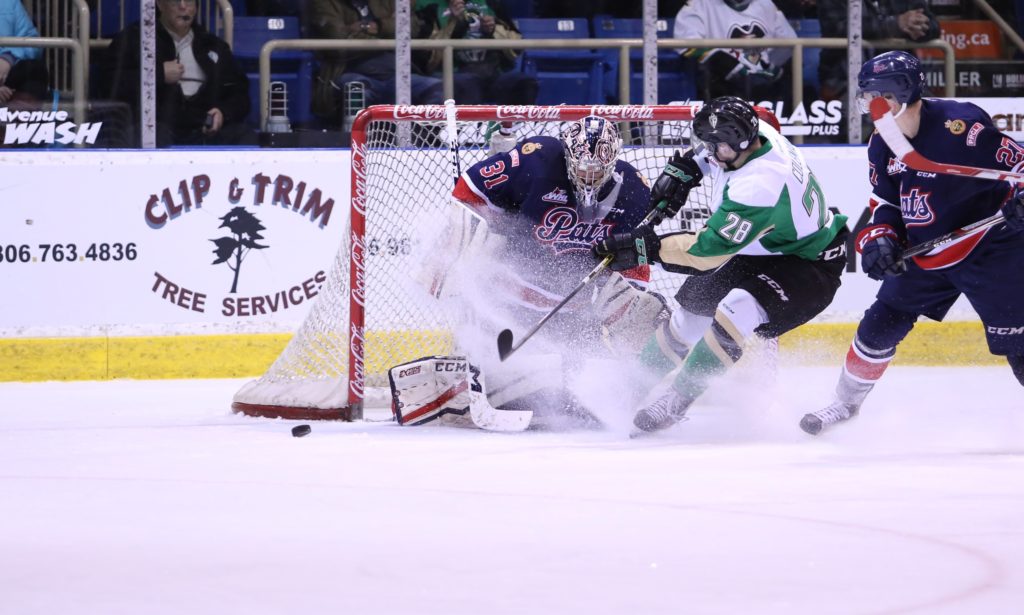 The Pats jumped out to a 2-0 lead by the end of the first period. First, Liam Schioler tallied his first of the season at the 8:48 mark. Then, Austin Wagner found the back of the net on the power play after a puck ricocheted off of his skate and in.

In the second, Nick Henry scored twice, while Lane Zablocki and Sam Steel also scored to give the Pats a 6-0 lead after 40 minutes.

The Pats added two more goals in the third period. Zablocki notched his second of the game, while Rykr Cole scored his sixth of the season to round out the scoring at 8-0.

Ian Scott got the start for the Raiders, stopping 10 shots on 13 attempts before being pulled 2:46 into the second period. Nicholas Sanders played the rest of the game, making 14 saves on 19 attempts. Tyler Brown picked up the win for the Pats with a 24-save shutout.

The Raiders get an early start to 2017 when they travel to Regina on New Year’s Day to close out the home-and-home holiday series with the Pats for a Sunday matinee. Puck drop in the provincial capital is set for 4 p.m. The next Raiders’ home game is on Tuesday when the Moose Jaw Warriors visit the Art Hauser Centre. Game time is 7 p.m. Tickets are available here, at the Raider Office or by calling 306-764-5348.