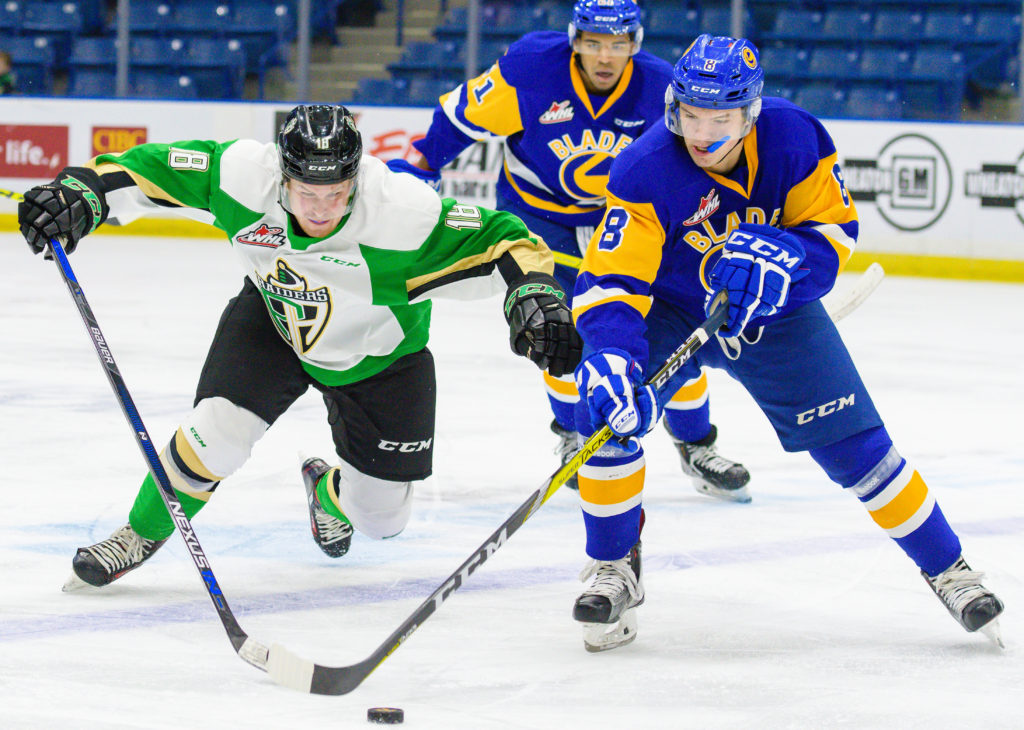 Following a scoreless first period, the Blades broke through in the second period on a 5-on-3 power play. After Raiders goaltender Ian Scott made the initial save on Nolan Reid’s point shot, Jesse Shynkaruk batted the puck out of air and into the net.

In the third, the Blades extended their lead midway through the period on another power play. Bryton Sayers broke his stick on a point shot, which ended up being redirected past Scott by Josh Paterson. At the tail end of the third period, the Raiders had two power-play opportunities to get on the board, but were unable to convert.

Scott finished the game by making 24 saves on 26 attempts while picking up his third loss of the season.

The Raiders are off until Saturday when they travel to Swift Current to take on the Broncos. Game time is 7 p.m.

The next home game is on Saturday, October 15 when the defending WHL champion Brandon Wheat Kings visit the Art Hauser Centre for the first time this season. Puck drop is 7 p.m. For tickets, head to the Raider Office, call 306-764-5348 or click here.