Raiders Announce Unplugged And On Tap With Chris Phillips 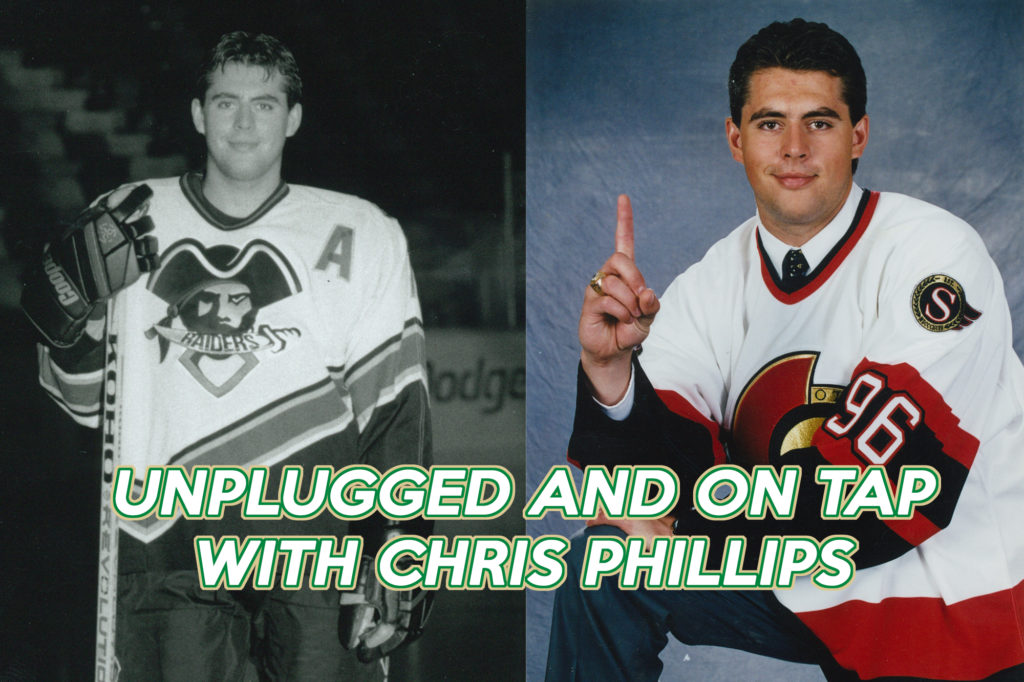 The former Raiders defenceman and first overall pick in the 1996 NHL Entry Draft by the Ottawa Senators will be inducted in to the Raiders Wall of Honour on Saturday, March 3 against the Lethbridge Hurricanes.

As part of the induction weekend, the Raiders will be hosting Unplugged And On Tap With Chris Phillips on Friday, March 2 in the Ches Leach Lounge, brought to you by OK Tire and Lake Country Co-Op.

The evening will be hosted by comedian and Phillips’ high-school classmate Kelly Taylor.

The night will include watching the Raiders’ road game versus the Swift Current Broncos on March 2. During the intermissions, Kelly will host a hot stove with Chris and Raiders general manager Curtis Hunt. Fans will also have the chance to get autographs from the former Raider.

Phillips played in 93 games for the Raiders over the course of two seasons from 1995-97, scoring 13 goals and adding 53 assists. In his rookie campaign, the Calgary product won the Jim Piggott Memorial Trophy as the WHL’s Rookie of the Year. In 1997, he was named the WHL’s Top Defenceman by winning the Bill Hunter Memorial Trophy.

He also won gold medals at the 1996 and 1997 World Junior Championships, earning a spot on the tournament all-star team in 1997.

The former Raider made his NHL debut during the 1997-98 season with the Senators, playing in all 72 games. Phillips suited up for 1,293 regular season and playoff games in his NHL career, which was played entirely in nation’s capital, before retiring in 2016.

Since his retirement, Phillips became a co-owner of Big Rig Brewery in Ottawa.

Included in the tickets is pizza and wings for the night There will also be a silent auction set up through the game.

Tickets for Unplugged And On Tap With Chris Phillips are available now at the Raider Office.

This year’s builder inductee to the Wall Of Honour will be announced at a later date.