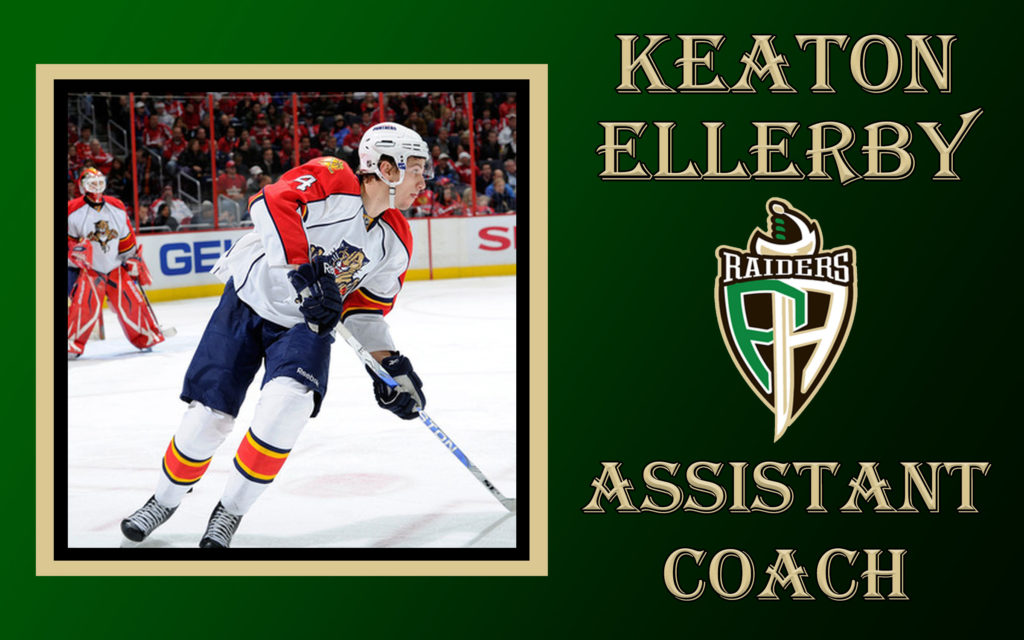 The Prince Albert Raiders have brought in Keaton Ellerby as an assistant coach, the team announced on Tuesday.

“It’s super exciting,” Ellerby said. “It kind of came out of nowhere when Jeff approached me. We had a quick meeitng and got to talking about the position and my responsibilities with the team. My family is excited; we’ve been overseas so it’ll be nice to be closer to home. We have a one and a half year old so it’s nice that we’ll be closer to our family. Joining the team, it’s going to be nice to come in with a pretty solidified defense core and help them out with their game. I’m looking forward to getting started with the organization.”

From Strathmore, Alberta, Ellerby is a former NHL player who spent time over six seasons with the Florida Panthers, Los Angeles Kings, and Winnipeg Jets. He was selected 10th overall by the Panthers in the 2007 NHL Entry Draft. The former Kamloops Blazer began his pro career in the minors, playing for the AHL’s Rochester Americans in 2008-09. He played three seasons in Florida before being dealt to the Kings in 2012-13. In 2013-14, Ellerby played 51 games in a Jets uniform, and one more game in 2014-15, which was his last in the NHL.

From there, Ellerby took his talents to Europe, playing for eight different teams spread across eight countries. Most recently, the 33-year-old finished the 2021-22 campaign with the Sheffield Steelers of the Elite Ice Hockey League in the United Kingdom.

“We’re excited to bring Keaton on board,” general manager Curtis Hunt said. “He’s a player I had the pleasure of coaching out of U-18 when he was a junior. He’s got terrific experience at the pro level in Europe. What he lacks in coaching experience we believe that with our veteran coaching staff it will be a seamless transition for him as he begins his new step and a new era in Raider hockey.”