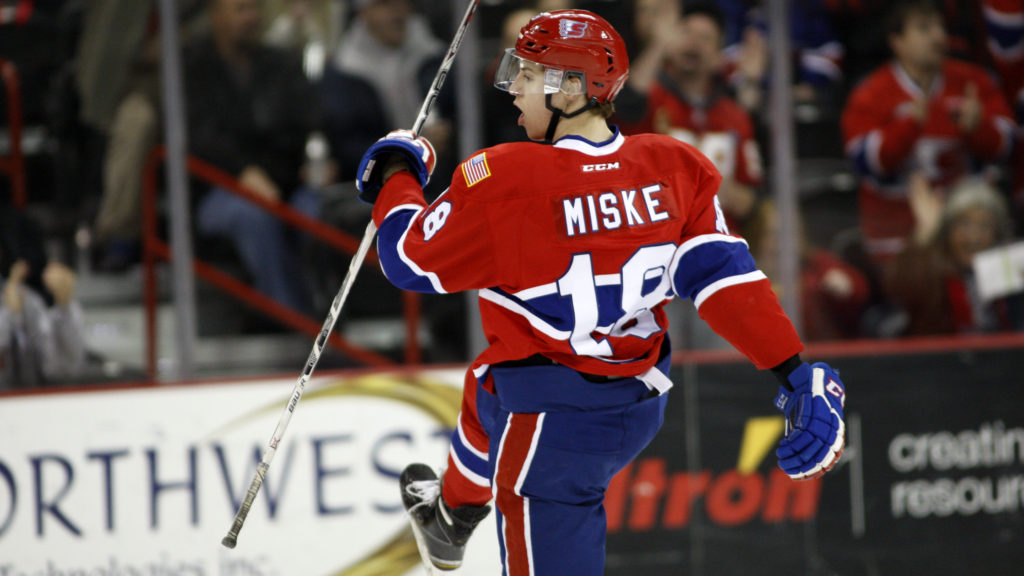 Prince Albert, SK – The Prince Albert Raiders have acquired 1997-born left winger Curtis Miske from the Spokane Chiefs in exchange for a fourth-round pick in the 2018 WHL Bantam Draft.

From Beaumont, AB, Miske is in his third season in the WHL, all of which were with the Spokane Chiefs. This season, the 19-year-old has five goals and nine assists in 28 games played. He has amassed 22 goals and 36 assists in 154 career regular season games played.

The Raiders are back in action on Tuesday night when they host the Moose Jaw Warriors at the Art Hauser Centre. Game time is 7 p.m. Tickets are available here, the Raider Office or by calling 306-764-5348.