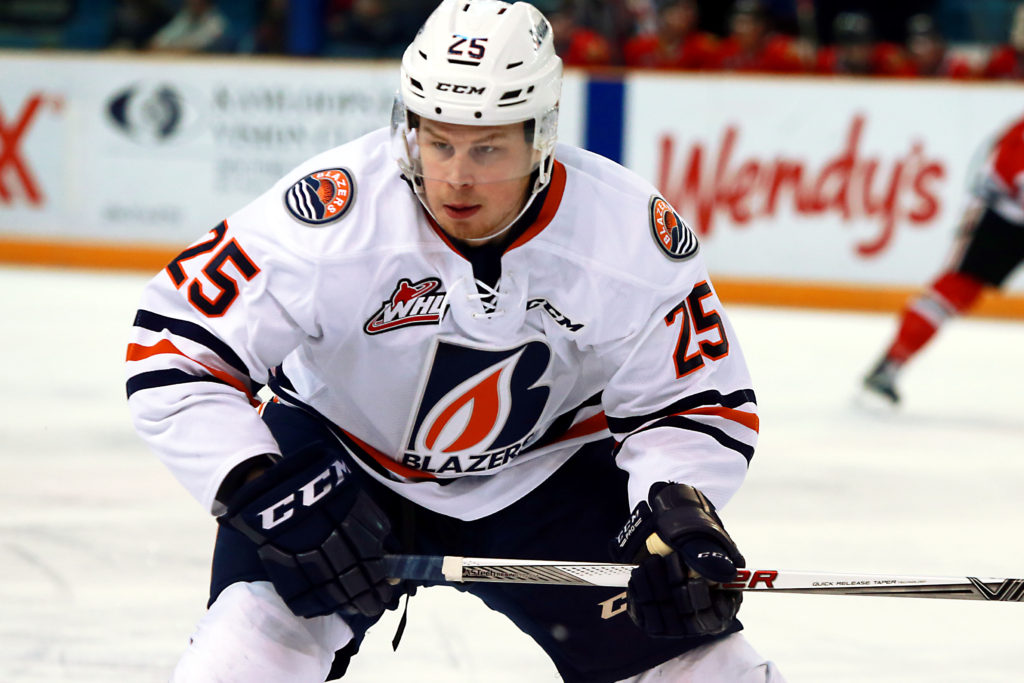 The Raiders acquired 1997-born defenceman Cameron Reagan from the Kamloops Blazers in exchange for a conditional draft pick in the 2019 WHL Bantam Draft.

Reagan, who hails from Sherwood Park, AB, was drafted in the fourth round of the 2012 WHL Bantam Draft by the Blazers. The 6’1”, 212-lb blueliner has seven assists in his 99 career WHL games, all with the Blazers.

The Raiders have two games this weekend. First, they welcome Emanuel Viveiros and the Swift Current Broncos to the Art Hauser Centre for a Friday night tilt. Puck drop is 7 p.m. Then, the Raiders host the Edmonton Oil Kings on Sunday afternoon in a 4 p.m. start. Following the game, fans in attendance are invited to skate with the Raiders. Skates and a helmet must be worn on the ice. No sticks are allowed.