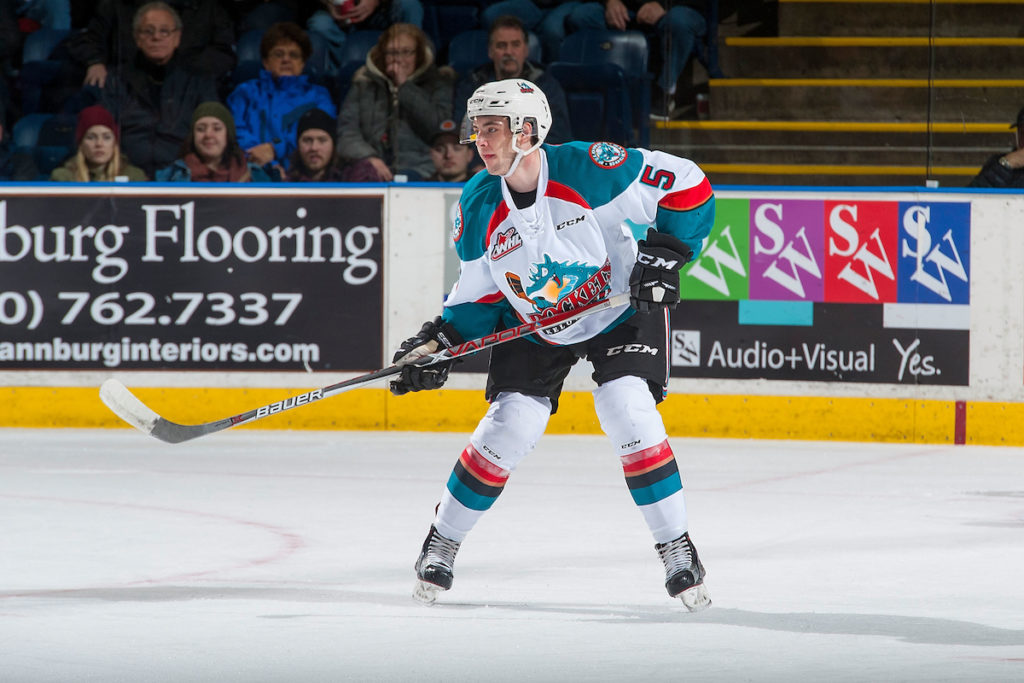 Prince Albert, SK – The Prince Albert Raiders are pleased to announce the acquisition of 2000-born defenceman Konrad Belcourt from the Kelowna Rockets.

Belcourt was drafted in the fourth round of the 2015 WHL Bantam Draft by the Rockets. The 5’11, 157-lb rearguard from Sherwood Park, AB has played in 20 games this season, registering a goal and two assists.

In his rookie season last year, Belcourt has an assist in 44 games played. He also dressed in eight playoff games for the Rockets last season.

The Raiders are back in action on the weekend with a pair of home games against division rivals. On Friday, the Swift Current Broncos head to Prince Albert. On Saturday, the Raiders host the Moose Jaw Warriors. Both games begin at 7 p.m. Tickets are available at raiderhockey.com, the Raider Office, or by calling 306-764-5348.