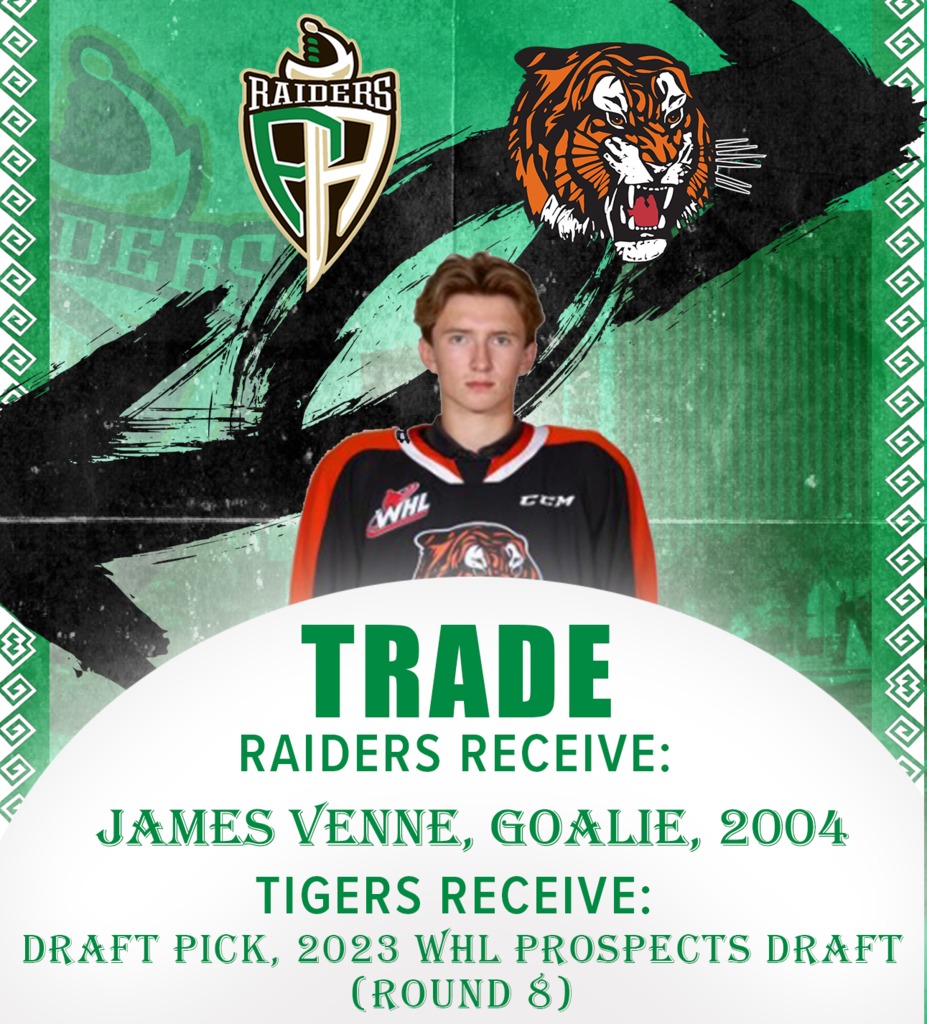 The Prince Albert Raiders have acquired 2004-born goaltender James Venne from the Medicine Hat Tigers in exchange for an eighth round pick in the 2023 WHL Prospects Draft, the team announced on Tuesday.

Venne, from Saskatoon, SK, spent last season in the SJHL with the Melfort Mustangs. In 33 appearances with the Mustangs last season, Venne had a 17-7-2-3 record to go along with a 2.76 GAA and a .898 SV%, including two shutout performances.

The 18-year-old went undrafted in the WHL Prospects Draft, but was signed by the Tigers on March 4th, 2021. Venne played both the 2021-22 and 2022-23 pre-seasons with Medicine Hat, but has yet to make his regular season debut in the WHL.

“We’re excited to bring James into Prince Albert,” general manager Curtis Hunt said. “He’s coming back home to Saskatchewan, and we’re looking forward to bringing him in and increasing the competition among the team.”

The Raiders kick off the 2022-23 regular season on Friday night when they welcome the Saskatoon Blades.