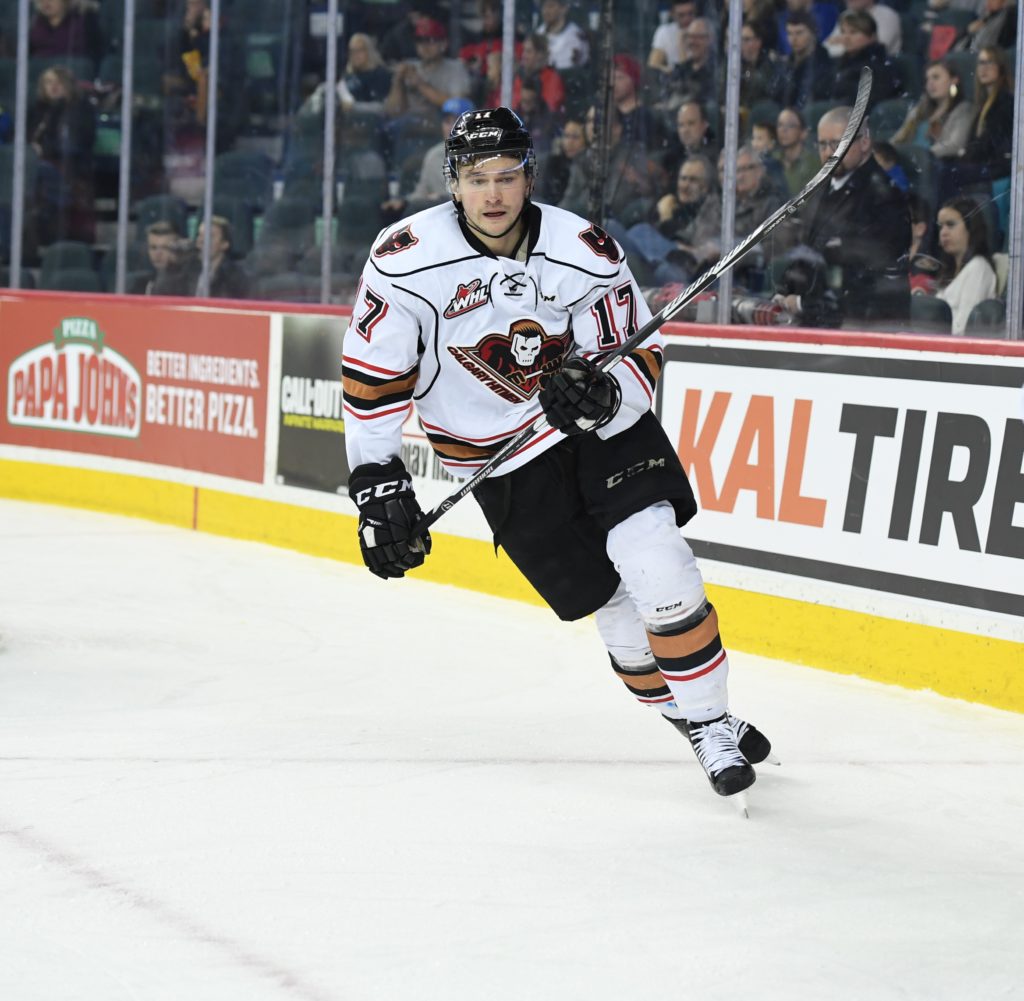 Stallard, a Brandon, MB product, was in his third season with the Hitmen and in the WHL. He was selected by the Winnipeg Jets in the fifth round — 127th overall — of the 2016 NHL Entry Draft.

Coleman, from Red Deer, AB, was a fifth-round pick of the Raiders in the 2013 WHL Bantam Draft. In 123 career games with the Raiders, Coleman had 21 goals and 21 assists with 66 penalty minutes.

Both players will be seeing their former teams very quickly as the Raiders and Hitmen meet at the Art Hauser Centre on Wednesday evening. Tickets are available here, the Raider Office or by calling 306-764-5348.