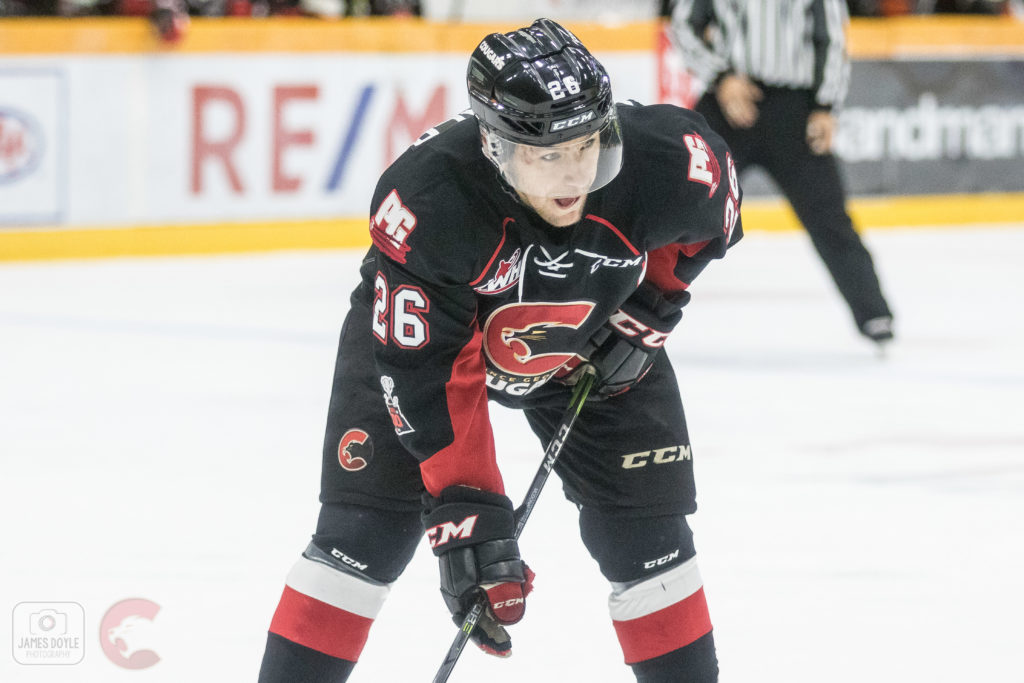 Prince Albert, SK – The Prince Albert Raiders are pleased to announce the acquisition of 1998-born centreman Kody McDonald and a conditional third or fourth-round pick in the 2018 WHL Bantam Draft from the Prince George Cougars.

The Raiders still own the Cougars’ first-round pick in this year’s WHL Bantam Draft.

“We are very excited to add Kody to our lineup,” said Raiders General Manager Curtis Hunt. “He is a player we have been pursuing for some time. He brings a scoring touch, grit, incredible competitiveness, and rounds out our group. We hope that he will be a two-year guy.”

McDonald was a second-round draft pick of the Cougars in the 2013 WHL Bantam Draft. Listed at 6’1 and 200 lbs, the Lethbridge, AB product has 19 goals and 17 assists in 35 games this season. In total, McDonald has played in 232 career WHL games, scoring 60 goals and adding 66 assists.

In the post-season, McDonald has played in a total of 15 games over three separate runs. He has three career playoff goals to go along with four assists. In the 2017 WHL Playoffs, McDonald had two goals and three assists in five games.

Rhinehart was the Raiders’ first-round pick in the 2016 WHL Bantam Draft. The Lloydminster, AB product dressed in 31 games this season and registered one assist from the blue line.

“Rhett is a good, young player,” said Hunt. “Due to our organizational depth and the work by our scouting staff, we were able to move a blue chip prospect and that’s what it takes to get a player like Kody.”

Crossley was a list player that signed with the Raiders in November 2016. The 6’1.5 and 202-lb defenceman from Fort St. John, BC has played in 49 games for the Raiders, scoring once and adding five assists. He also accumulated 85 penalty minutes.

“Austin has just been a great Raider and a great citizen,” Hunt noted. “He has done everything that we have asked of him. With the addition of Masella, this gives Austin a chance to play and play closer to home.”

The Raiders are back in action tonight when the Red Deer Rebels visit the Art Hauser Centre. Puck drop is 7 p.m. Tickets are available at raiderhockey.com, the Raider Office, or by calling 306-764-5348.