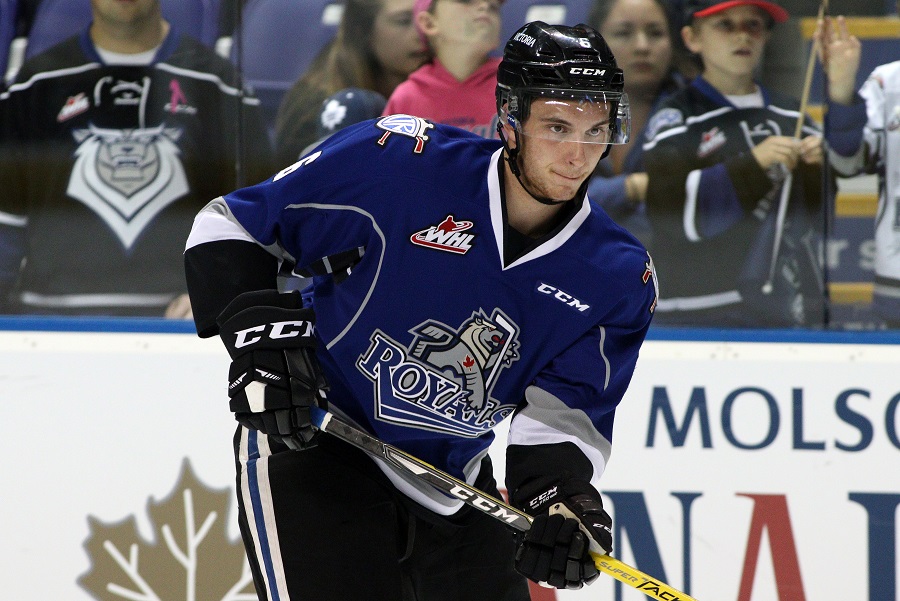 Prince Albert, SK – The Prince Albert Raiders are pleased to announce the acquisition of 1999-born defenceman Jeremy Masella from the Victoria Royals in exchange for 1999-born forward D-Jay Jerome.

Listed at 6’5 and 214 lbs, the Phoenix, AZ product was signed by the Royals in August of 2016. He has played 63 games for the Royals over the course of two WHL seasons. This year, he has three goals and four assists in 35 games to go along with 34 penalty minutes.

Jerome was acquired by the Raiders from the Red Deer Rebels last December. The 6’2, 180-lb winger from Lethbridge has dressed in 63 games for the Raiders, scoring three goals and adding six assists.

“Both players are looking for fresh starts,” said Raiders General Manager Curtis Hunt. “We appreciate everything that D-Jay has done for the club on and off the ice. He was a good Raider.”

The Raiders open back-to-back home games with the Sock Hop presented by Giant Tiger and Parkland Ambulance on Friday night against the Kootenay ICE. On Saturday, the Raiders host the Red Deer Rebels for the first time this season. Both games begin at 7 p.m.

Tickets for both games are available at raiderhockey.com, the Raider Office, or by calling 306-764-5348.