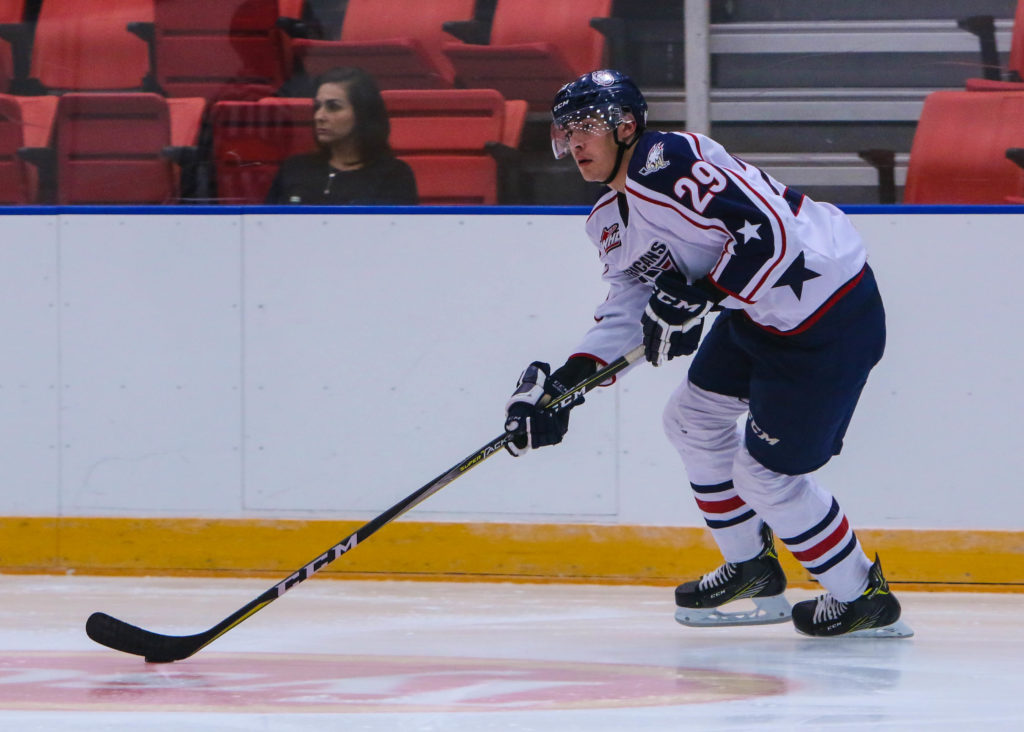 Prince Albert, SK – The Prince Albert Raiders have acquired 1999-born centre Brett Leason from the Tri-City Americans in exchange for a third-round pick in the 2018 WHL Bantam Draft.

The third-round pick was originally Tri-City’s. It was sent to the Raiders as part of the Rylan Parenteau trade last season.

Leason, who hails from Calgary, AB, has played in 81 career WHL games, picking up nine goals and 10 assists. The 6’4, 206-pound centre was a third-round pick of the Americans in the 2014 WHL Bantam Draft.

“Brett will be a good compliment to our group of forwards,” said Raiders general manager Curtis Hunt. “He has good size and a good hockey sense.”

The Raiders hit the ice on Pink In The Rink Night on Friday night against the Brandon Wheat Kings for a 7 p.m. puck drop. Players will be wearing pink skate laces and using pink hockey tape for the game. Also, there will be a silent auction on three pink autographed sticks – from Cole Fonstad, Parker Kelly, and Max Martin.

Tickets are available at raiderhockey.com. Tickets can also be purchased at the Raider Office, or by calling 306-764-GAME.