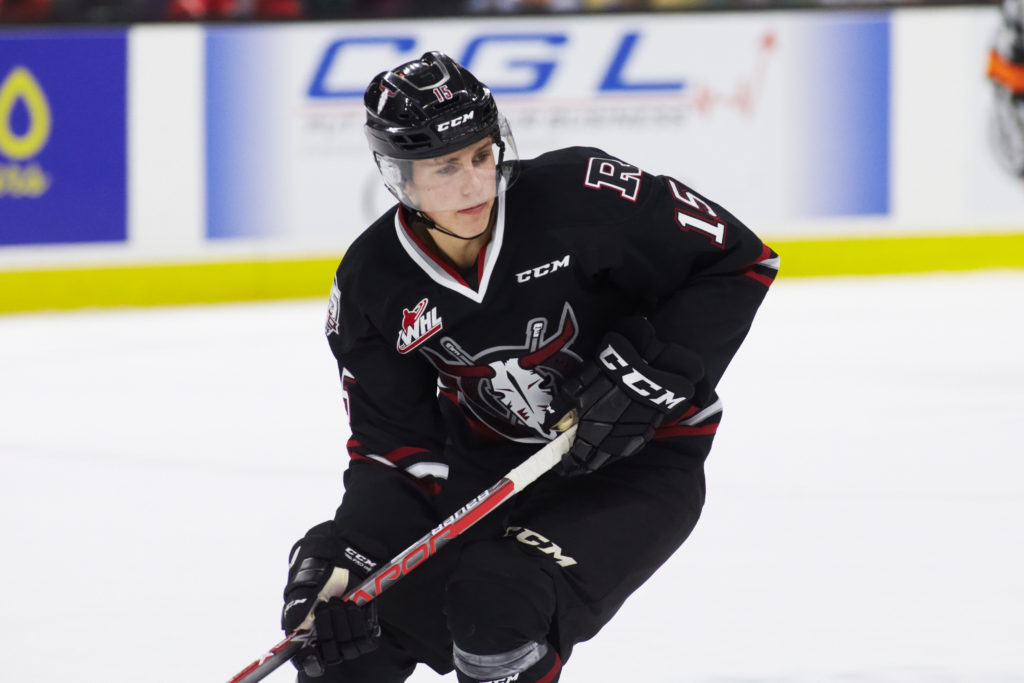 Prince Albert, SK – The Prince Albert Raiders made a trade with the Red Deer Rebels on Wednesday, acquiring 1999-born centre D-Jay Jerome and a third-round pick in the 2017 WHL Bantam Draft in exchange for overage centre Austin Glover.

Jerome, a Lethbridge, AB product, has played in 23 games for the Rebels during his rookie WHL season, picking up five goals and three assists to go along with 12 penalty minutes.

Glover was acquired by the Raiders from the Kelowna Rockets during the 2014-15 WHL regular season in the Josh Morrissey trade. The Clavet product has 12 goals and 14 assists in 35 games this season. In his Raider career, Glover finished with 32 goals and 53 helpers in 113 games played.

In a subsequent move, the Raiders have added overage forward Kolten Olynek from free agency. Olynek began the 2016-17 season with the Raiders, suiting up in three games prior to the overage deadline. He was picked up on waivers by the Saskatoon Blades, where he had five goals and five assists in 28 games. Olynek was released by the Blades in December.

The Raiders return home on Friday to tangle with the East Division-leading Regina Pats at the Art Hauser Centre. Puck drop is 7 p.m. Tickets are available here, the Raider Office or call 306-764-5348.