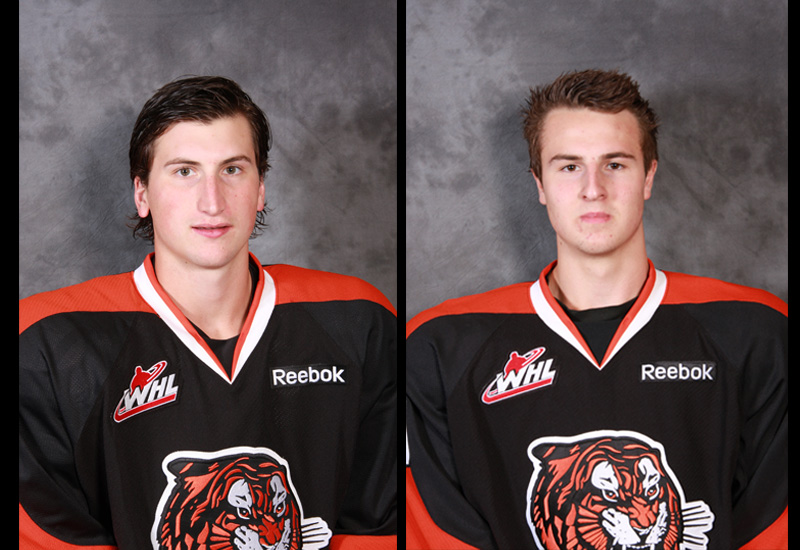 Prince Albert SK – The Prince Albert Raiders have acquired 19-year-old defenceman Dylan Busenius and 18-year-old forward Jayden Hart as well as a 6th round selection in the 2014 Western Hockey League Bantam Draft from the Medicine Hat Tigers. In exchange, the Raiders  have traded 19-year-old defenceman Zach Hodder, 18-year-old forward Logan McVeigh, prospect Connor Hobbs and a 2nd round draft pick in the 2013 WHL Bantam Draft to the Tigers.

Busenius currently sits tied for 9th in scoring among all WHL defenceman, having recorded 6 goals and 20 assists for 26 points in 37 games this season. The 6’1”, 191-pound blueliner has appeared in 214 WHL games, scoring 14 goals and adding 54 assists along with 116 penalty minutes.

Hart has scored 5 goals and added 5 assists in 18 games for the Tigers this year. Standing 6’1.5” and weighing 188 pounds, the right-handed forward netted 13 goals and 19 assists last season with Medicine Hat.

“Dylan brings over 200 games of experience to our lineup, as well as plenty of playoff experience,” said Raiders General Manager Bruno Campese. “We believe he is having a breakout season on the back end and can play in all situations, including the power play.”

“Jayden is a big, power forward that skates well and will complement our current mix of up front,” added Campese. “We would like to welcome Dylan and Jayden to the Raiders, as they will be a big part of our team this season and in the future.

“Our organization would like to thank Zach and Logan for their contributions to our club, and wish them all the best in Medicine Hat.” 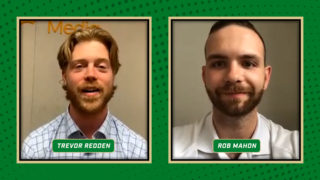