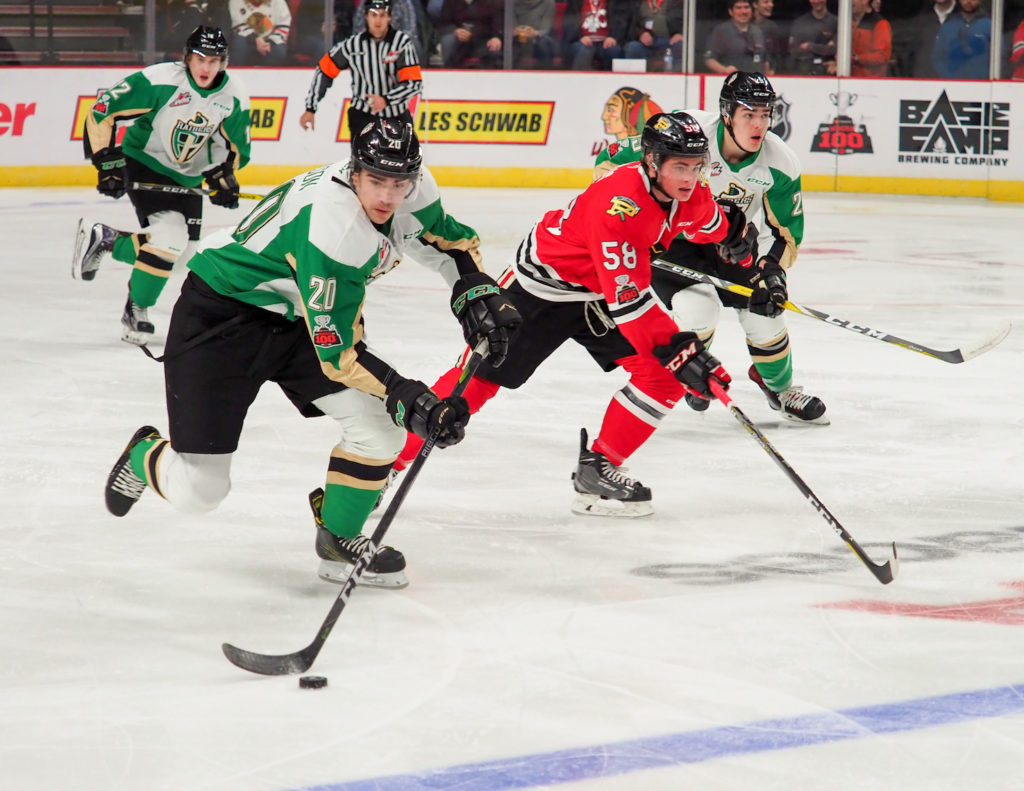 The Raiders surrendered four goals on 12 power-play chances for the Winterhawks, including three in the third period.

The Raiders jumped out to a 1-0 lead early in the first. Jordy Stallard notched his 14th goal of the year on a power play at the 3:42 mark. It was his seventh power-play goal of the season.

In the second, the Winterhawks struck twice to take a 2-1 lead. Henri Jokiharju’s blast from the point beat Curtis Meger on an early power play. With 5:28 remaining in the frame, Brad Ginnell was set up on a two-on-one rush and snapped it past Meger.

Meger finished the game with 28 saves in the loss. Cole Kehler stopped 28 shots for the win.

The Raiders are off until Tuesday night when they visit the Seattle Thunderbirds (9-7-1-1) at the ShoWare Center in the third game of their six-game road trip. The next Raiders’ home game is on Friday, November 24 against the Swift Current Broncos on 80s Night Presented By Canadian Tire. Tickets are available at raiderhockey.com.