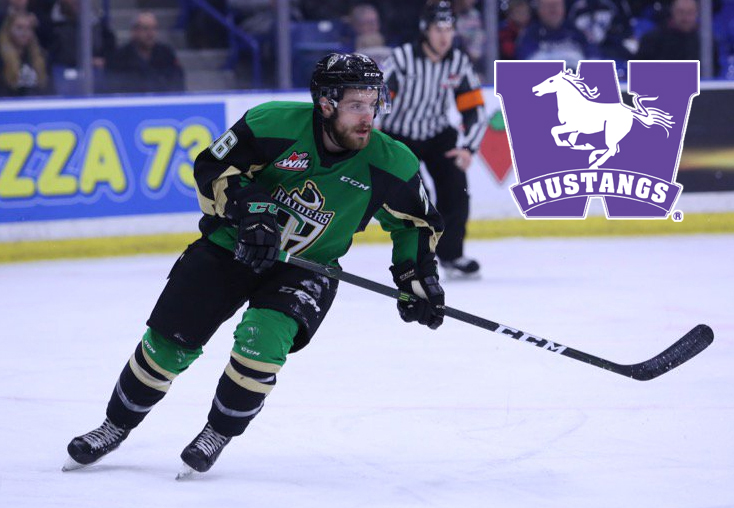 The Saskatoon product has committed to attend Western University in London, ON and play hockey for the Mustangs in the OUA.

“Their hockey program is doing pretty well too. They had an off year last year, but in recent years, they’ve gone to the national tournament. They’ve played well. They play in a competitive Ontario league. It’s kind of a fresh start too.”

The Mustangs finished with an 8-16-4 record last year in the OUA’s West Division.

Olynek was originally drafted by the Lethbridge Hurricanes in the second round of the 2011 WHL Bantam Draft. After stops in Moose Jaw and Spokane, the Raiders acquired Olynek from the Chiefs during the 2015-16 season. In parts of two seasons with the Raiders, Olynek scored 16 goals and added 20 assists in 85 games.

“I’ve seen all of the west now, so if I have the opportunity to go out east, then I thought I might as well take that and gain some life experience,” Olynek added.

Olynek and the Mustangs open the OUA schedule on October 12 against the Waterloo Warriors.