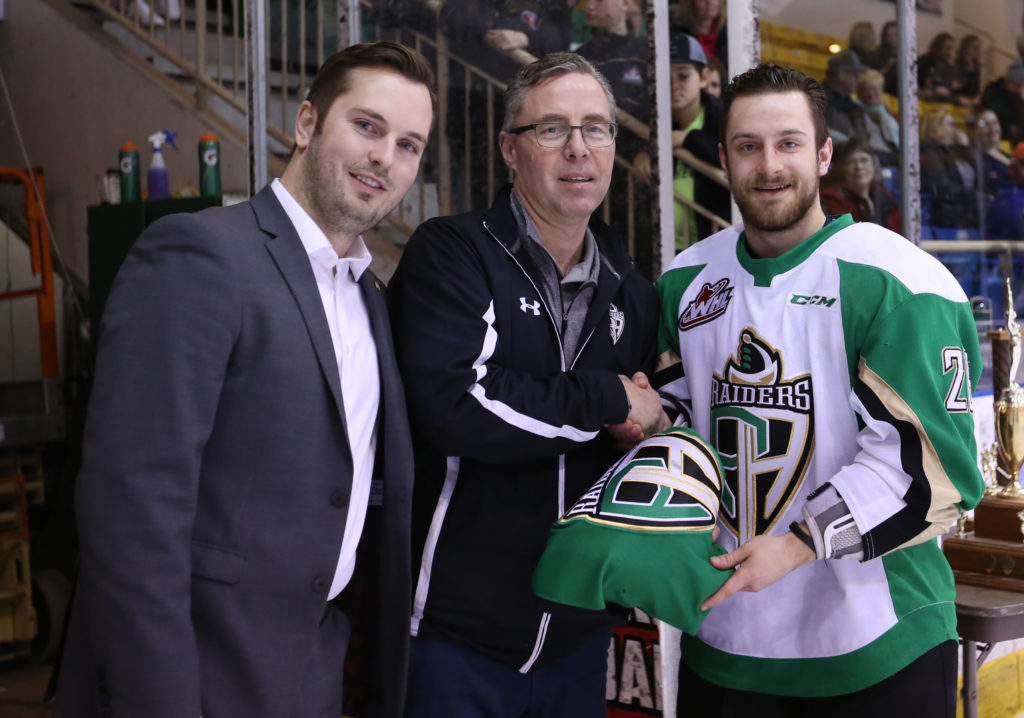 In July, Odnokon will travel to Calgary to take part in the Skills Coach Certification Seminar, which puts him on a path for full certification from Hockey Canada. He was one of 20 coaches selected for the seminar.

Along with coaching the Raiders, Odnokon runs the Carlton Hockey class at Carlton Comprehensive High School. The program consists of two classes that gives students approximately 50 hours of additional ice time. It is a skills based program that has featured guest instructors from the Raiders.

Odnokon also works with the NorSask Hockey Development Camp, which has been operating for more than 20 years. The camps help players from Novice to Junior or Pro levels. This year’s camp takes place at the Art Hauser Centre from August 10 to 18.

“I am excited to be selected and look forward to enhancing my hockey knowledge base in the skills seminars from Hockey Canada,” Odnokon said. “This will benefit the Raiders, NorSask Hockey Camps and Carlton’s hockey class.”

The Skills Coach Certification Seminar provides an opportunity for high-performance skills coaches from across the country to learn from the best national and international skills and goaltending coaches and experts. The seminar focuses on skills such as skating, puck-handling, shooting, scoring, developing defencemen, and goaltending. It also includes presentations from the NHL, AHL, CHL and U Sports, as well as experts from across the country.

The second-annual seminar takes place from July 9 to 14 and features on-ice, off-ice and classroom activities.