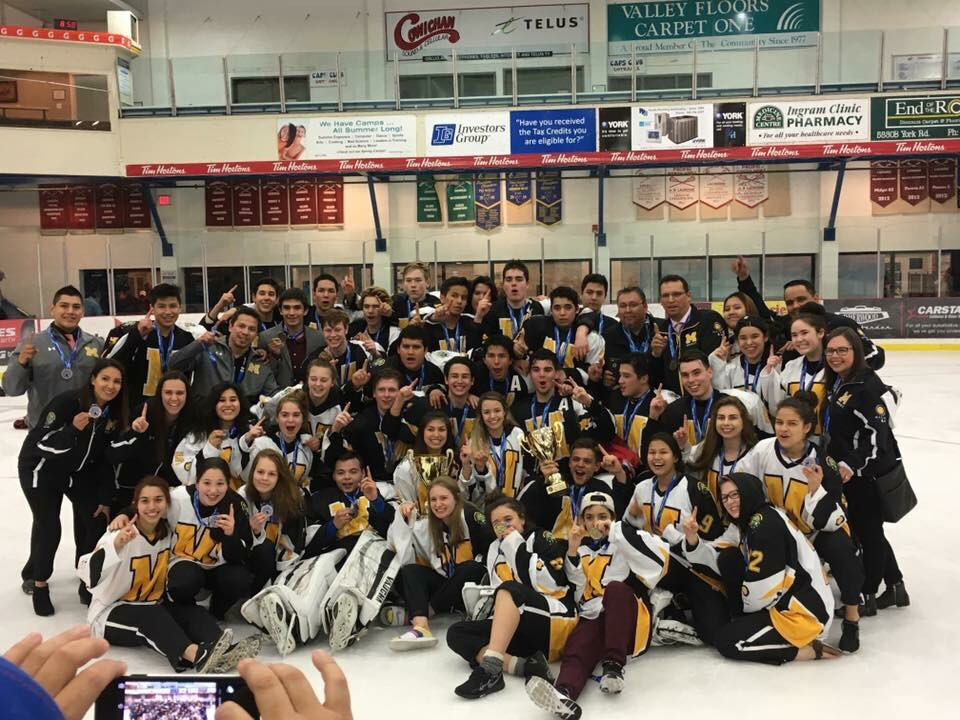 Cowichan, BC – Prince Albert Raiders prospect Justin Nachbaur scored the overtime winner to lift Team Manitoba to a 6-5 win over Team Ontario on Sunday in the gold medal game of the 2017 National Aboriginal Hockey Championship at the Island Savings Centre in Cowichan, BC.

It was the second goal of the game for the 17-year-old forward. The Manitoba captain found the back of the net in the first period.

Nachbaur and Manitoba finished the tournament with a 4-1-1 record. After finishing the round robin with a 2-1-1 record, Nachbaur had a goal in Manitoba’s 4-0 win over Saskatchewan in the semifinal.

In six games played at the tournament, Nachbaur led Manitoba with five goals and seven points.

The gold-medal win caps off Nachbaur’s 2016-17 season. He played in 55 games for the MJHL’s OCN Blizzard, recording 11 goals and 20 assists to finish fifth in team scoring. The Cross Lake, MB product also chipped in four goals and two assists in 15 playoff games during the Blizzard’s run to the Turnbull Cup final, which they lost to the Portage Terriers.

Nachbaur was picked in the seventh round of the 2015 WHL Bantam Draft. Listed at 6’3 and 210 pounds, he signed with the Raiders in January.

Season ticket packages are now available for the 2017-18 season. Early bird pricing is in effect until Monday, June 15. For more information, click here, the Raider Office or call 306-764-5348.