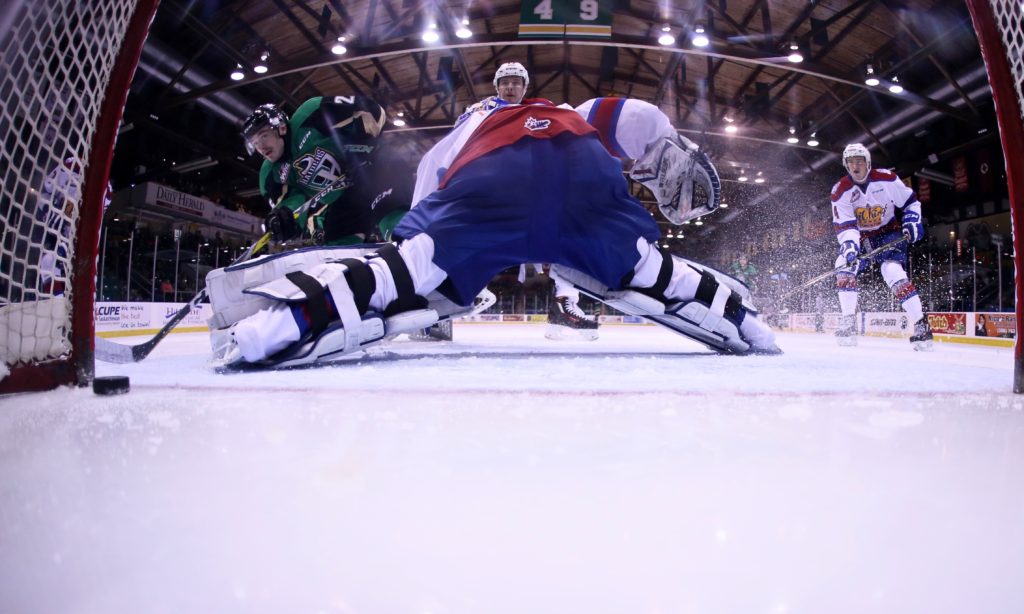 Prince Albert, SK – Sean Montgomery scored his first two goals of the season in the second period to lift the Prince Albert Raiders to a 5-2 win over the visiting Edmonton Oil Kings on Sunday afternoon at the Art Hauser Centre.

It was the Raiders’ first home win of the season, improving their record to 2-2-0-0 on the young season.

Edmonton struck first at the 5:07 mark of the first period when Tyler Robertson scored on the power play. Late in the period, Parker Kelly deflected Nick Heid’s shot past Oil Kings goaltender Patrick Dea to tie the game 1-1 with 5:08 to play in the frame. About two minutes later, Colton Kehler beat Rylan Parenteau to give the Oil Kings a 2-1 lead after 20 minutes.

In the second, Montgomery took over. First, he finished off a power-play goal from Austin Glover and Simon Stransky 5:04 into the period. Less than a minute later, he found the back of the net again, this time from Tim Vanstone and Lane Kirk.

The Raiders added two insurance goals in the third. Zack Andrusiak scored for the first time in his WHL career at the 1:22 mark. Tim Vanstone then rounded out the scoring with 2:17 to play for his first of the year.

In his first WHL start this season, Parenteau made 33 saves to pick up the win. Dea turned aside 24 Raiders shots in a losing effort.