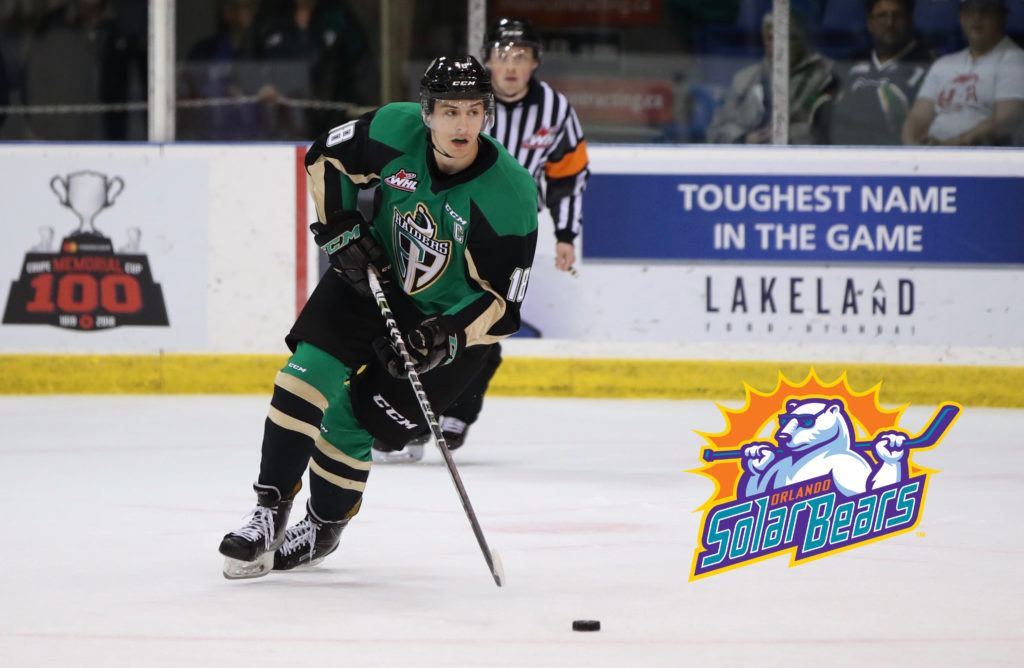 Prince Albert, SK – Curtis Miske will be heading south for the rest of the hockey season.

The graduating Raiders captain signed an ECHL Standard Player Contract with the ECHL’s Orlando Solar Bears, an affiliate of the Toronto Maple Leafs.

“I think this is an awesome opportunity for me,” said the Beaumont, AB product. “It’s always been my dream to play pro hockey and I’m super excited to get started.”

Miske wrapped up his WHL career with regular season highs in games played (72), goals (27) and assists (37). In the post-season, he led the team with 10 points (three goals, seven assists) in seven games against the Warriors.

Orlando then moves on the post-season for the South Division semifinals against the Stingrays.