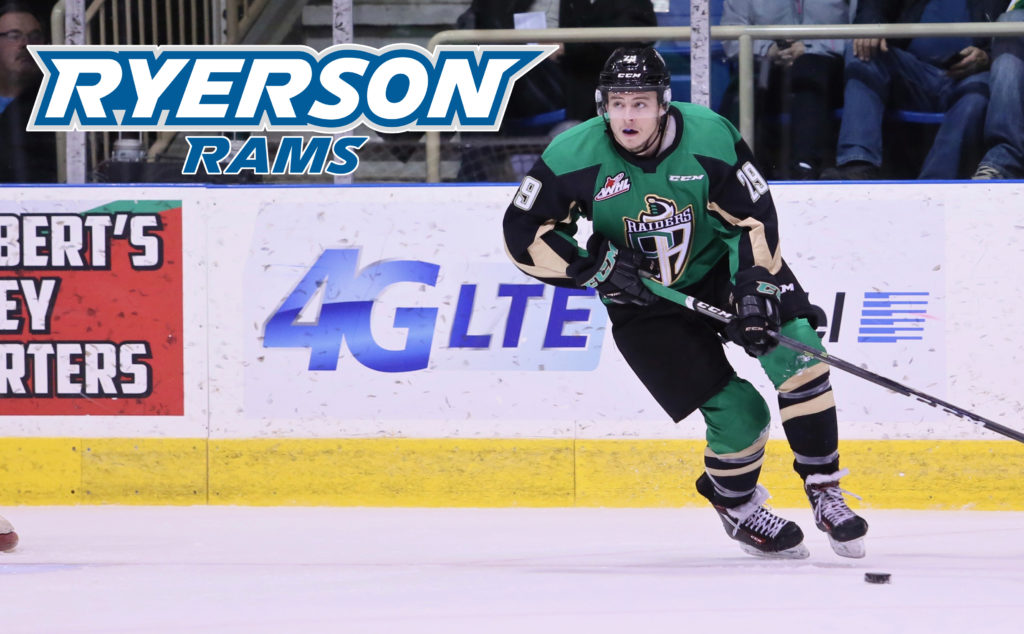 Cavin Leth has picked his post-WHL destination to play hockey in 2017-18.

Leth has committed to attend Ryerson University in downtown Toronto, ON and suit up for the Rams next season.

“I chose Ryerson because I believe that it is a culture that I can have success in the classroom as well as on the ice,” Leth said in a release on the Ryerson Rams athletics website. “Visiting Toronto often during these past summers have made me fall in love with the city and it’s a place I’m excited to spend the next 4-5 years of my life.”

Leth was acquired by the Raiders on October 20, 2016 from the Seattle Thunderbirds. He played in 63 games during his lone season in Prince Albert, scoring 23 goals and adding 13 assists. Prior to the trade, he had three assists in five games.

The Taber, AB was originally drafted by the Swift Current Broncos in the second round of the 2011 WHL Bantam Draft. In 262 career games played in the WHL, Leth scored 44 goals and 35 assists and accumulated 259 penalty minutes.

Leth is enrolled in Ryerson’s Geographic Analysis program, which begins in September.

The Rams open the 2017-18 regular season on October 12 against Guelph.