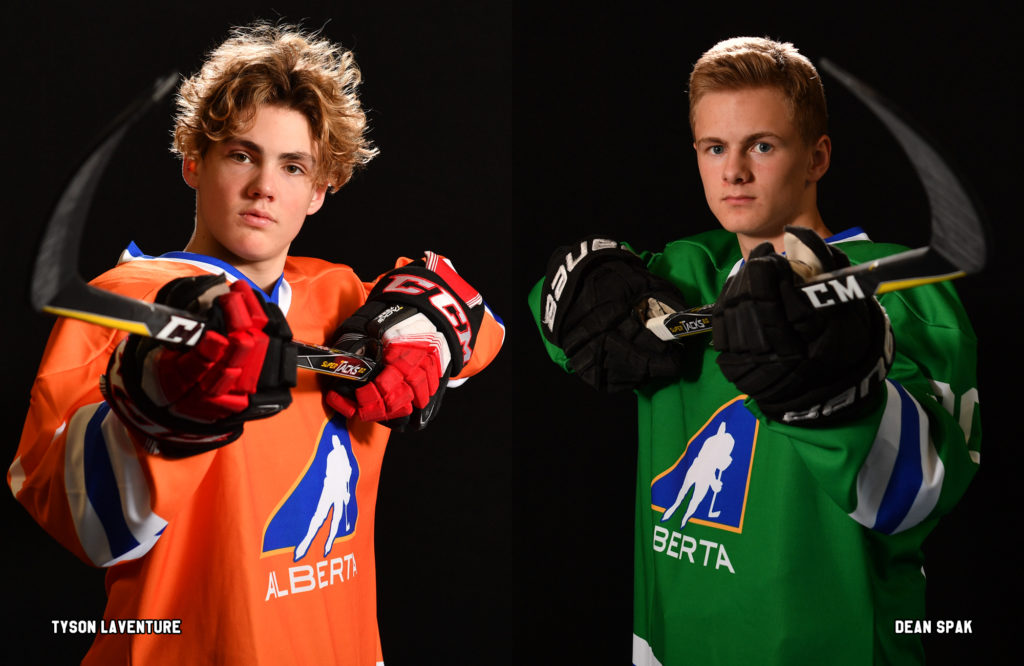 Laventure and Spak, both of whom were selected in the 2018 WHL Bantam Draft, were named to Hockey Alberta’s shortlist for the U16 Team Alberta side that will compete at the 2019 Canada Winter Games in Red Deer, AB in February.

The two 2003-born forwards are among 35 players listed by Hockey Alberta, including five goaltenders, 10 defencemen, and 20 forwards. The players were selected to the shortlist based on their overall play throughout the scouting process, which wrapped up with the U16 Summer Camp in Camrose, AB at the beginning of the month.

“This year’s Summer Camp in Camrose showcased just how many talented athletes we have in Alberta,” said Mike Kraichy, Manager of Team Alberta in a release on hockeyalberta.ca. “Now, as we move towards the Canada Winter Games, these 35 players are now one step closer to representing their home province in Red Deer.”

Laventure, who is listed at 6’1 and 168 lbs, was drafted 31st overall by the Raiders in May. From Lloydminster, AB, he scored 25 goals and added 19 assists in 30 games for OHA Edmonton Bantam Prep. Laventure signed his WHL Standard Players Agreement at the end of May.

Spak, a Calgary, AB product, was selected 53rd overall. The 5’8.5, 156-lb centreman tallied 22 goals and 29 assists in 34 games for the Calgary Northstar Sabres of the AMBHL.

Laventure, Spak, and the rest of the shortlisted players will be evaluated with their club teams in the fall prior to the final decisions being made for the 20-person team. The 2019 Canada Winter Games run February 15 to March 3 in Red Deer.

Stay up to date with the Raiders by downloading the recently re-launched official app from the Google Play Store or the App Store. Enter a contest on the app to win a $200 gift card from Lake Country Co-op. The contest closes on Monday, July 23.