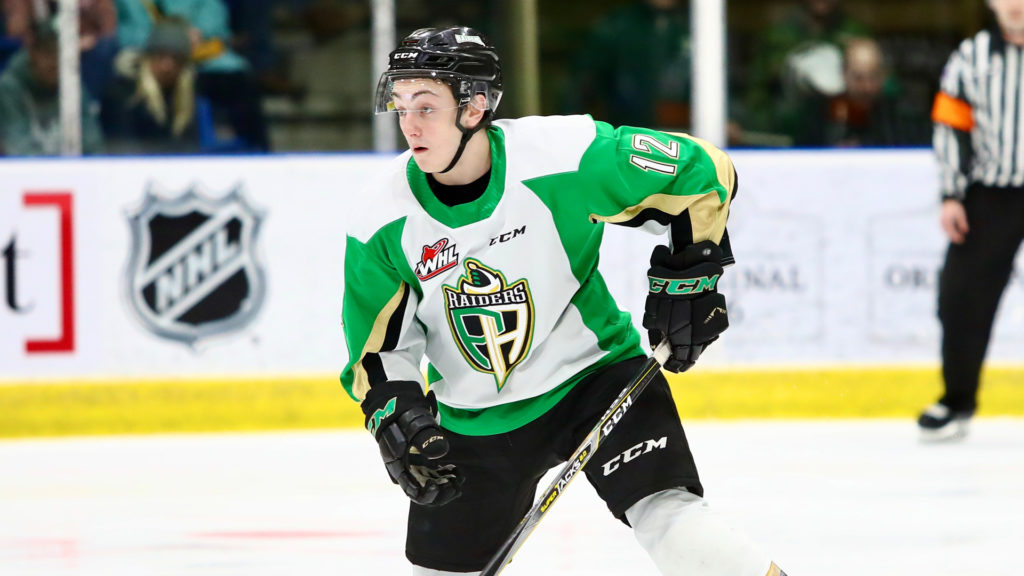 The loan is part of the WHL’s temporary transfer policy to begin the 2020-21 season. The policy granted WHL roster players permission to “continue their development by playing competitive hockey at the Junior A, Junior B and Under-18 levels,” according to a WHL press release.

Kosior, who hails from Regina, played in all 64 games for the Raiders during his rookie season in 2019-20. He had five goals and 18 assists while maintaining a plus-19 rating.

Last week, Kosior was named to NHL Central Scouting’s Preliminary Players to Watch List for the 2021 NHL Draft. He was given a “C” rating, which indicates a potential fourth-, fifth-, or sixth-round candidate for the NHL Draft.

The Millionaires open their SJHL season tonight in the first leg of a home-and-home series against the Estevan Bruins at the Horizon Credit Union Centre in Melville.