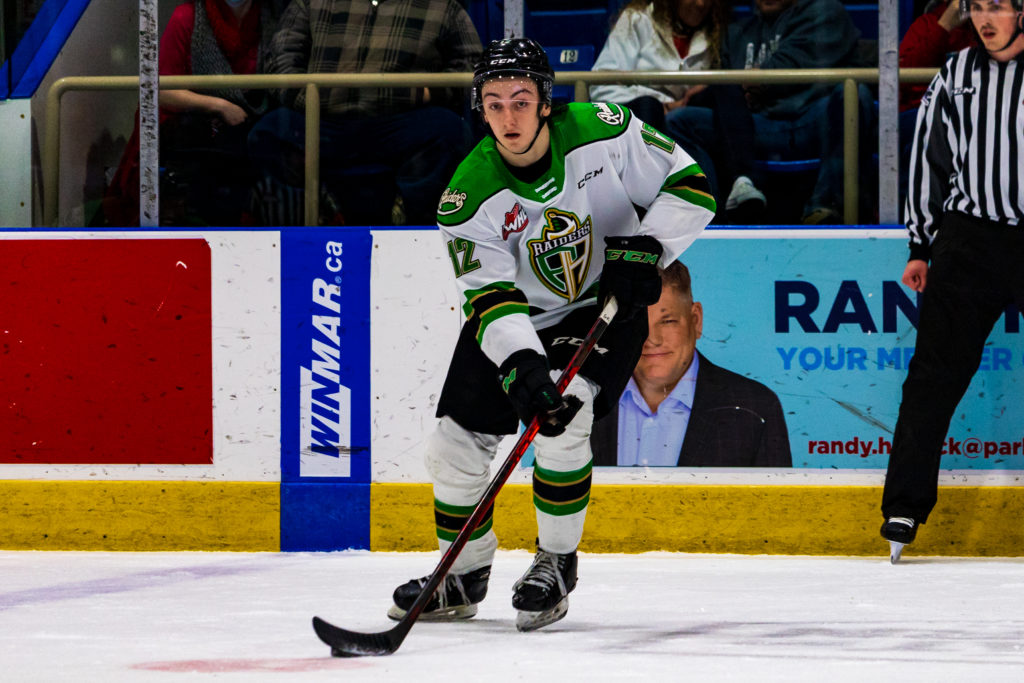 For the second straight year, Prince Albert Raiders defenceman Landon Kosior will be taking his talents to Los Angeles, where he will be attending the L.A. Kings’ development camp. The news came just a couple of days after the NHL Entry Draft, where NHL teams announced their rosters for camp this week.

“I’m super excited to get this opportunity again,” Kosior said. “I’m familiar with the Kings, obviously being at camp last year, and I’m excited to be coming back.”

In the 2021-22 season with the Raiders, Kosior put up career highs in goals, assists, and points (18-27-45), finishing fourth in team scoring in the regular season, and first on the team in defenceman scoring.

After putting up four points in the 2020-21 hub season in Regina, Kosior explained how he was able to bounce back in a big way this year.

“I think just getting the invite to an NHL camp gives you a lot more confidence. Just being able to train with the guys they have here in L.A. and seeing that you can play with them just gives you more confidence heading into your next season. I took that confidence back with me to PA this season.”

Heading into his second camp with the Kings, Kosior has a bit of an edge on some of the other players attending. The veteran WHL d-man says he learned a lot from his first trip, and knows what he needs to bring to the table for his second time around.

“You just have to make sure you’re doing all of the right things,” he said. “You’re in L.A., so it’s tempting to go out and see some cool things, but at the end of the day, you’re here to earn a contract. Just doing the right things with your body, getting the rest you need, and even doing the little things around the rink like dressing the right way and making sure your hair looks nice. You just have to be a pro.”

After going through three NHL Entry Drafts without hearing his name called, being invited to L.A.’s camp for a second year was Kosior’s own shot at redemption. Being able to work with the same NHL club two years in a row may be a sign of good things to come for Kosior, as he enters his final year of eligibility in the Western Hockey League.

“I think it’s good that they saw me last year and I think I improved a lot since last year. It’ll be good to come back to L.A. and show them how I improved. I want to show them my speed; I think a big part of my game is my skating, and that’s one of the things that I want to highlight.”

NHL development camps kick off on Monday, lasting throughout the week, ending on Friday.