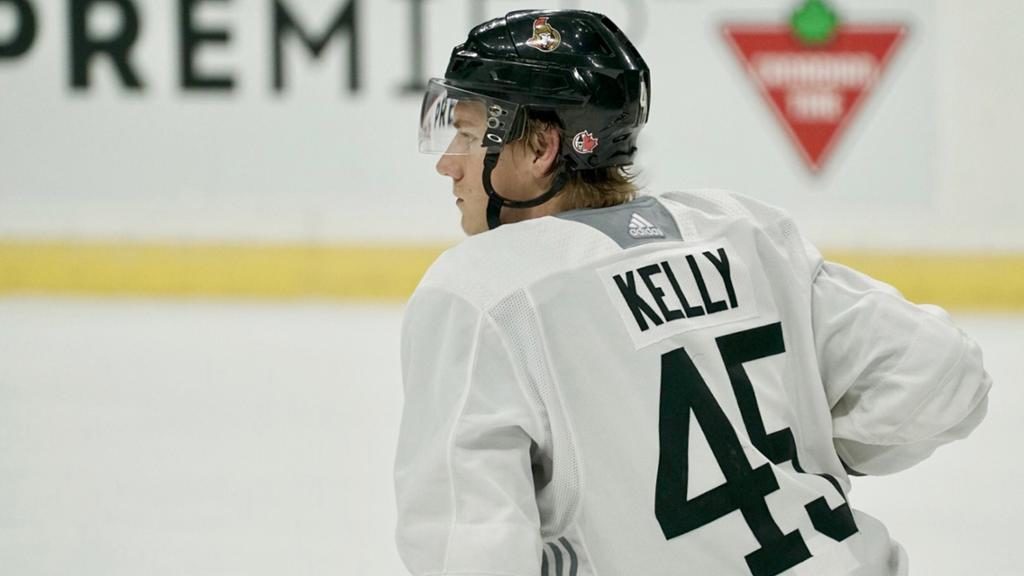 Prince Albert, SK – The Prince Albert Raiders are proud to announce that forward Parker Kelly has signed a three-year entry-level contract with the Ottawa Senators.

Kelly, born in 1999, had 21 goals and 22 assists while appearing in all 72 games last season. Twenty-nine of those points came in the 30 games following WHL Trade Deadline on Jan. 10.

“It was a pretty surreal experience and I couldn’t be happier to be with a better organization,” said Kelly in a piece on the Senators’ website. “I’m really looking forward to the future.”

The Camrose, AB product was selected by the Raiders in the 2014 WHL Bantam Draft. After being undrafted in this summer’s NHL Entry Draft, Kelly was invited to Ottawa’s annual development camp and agreed to an amateur tryout to attend both rookie and the Senators’ main training camp.

The Raiders open the 2017-18 regular season on Friday night at the Art Hauser Centre against the Moose Jaw Warriors. Puck drop is 7 p.m. The Prince Albert Travel Club will have a barbecue outside of the Art Hauser Centre prior to the game. Tickets are available at the Raider Office or at raiderhockey.com.

Don’t forget to pick up your tickets for the fan bus heading to Moose Jaw on Saturday, September 23. The bus departs at 2:30 p.m. and will include pizza and pop on the route. For more details, visit raiderhockey.com.