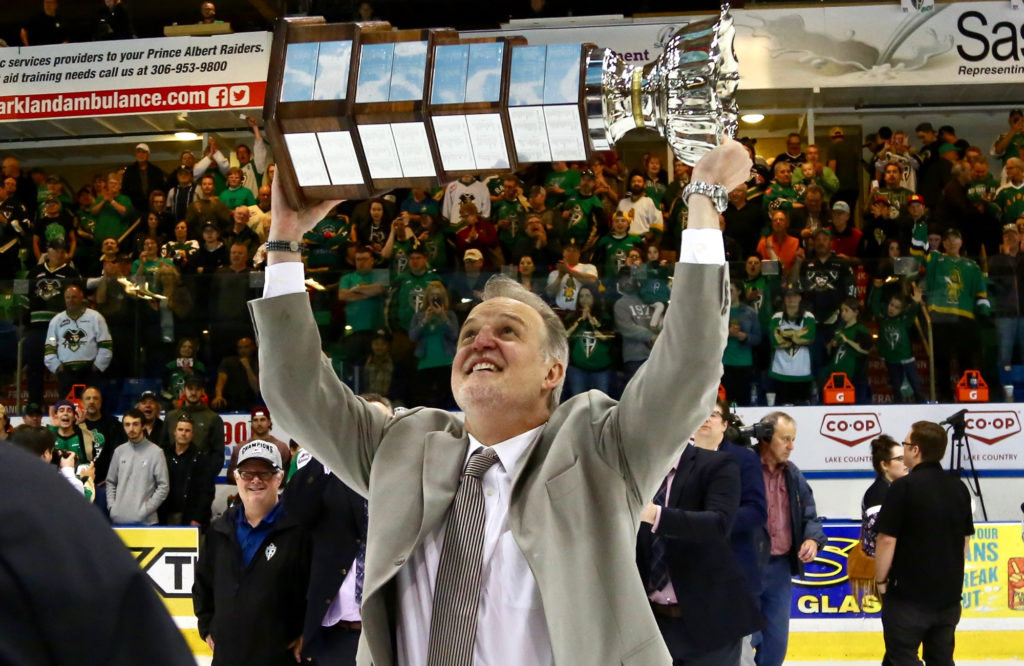 Toronto, ON – The Canadian Hockey League has announced the nominees for the 10 major awards that will be presented at the annual CHL Awards Ceremony which takes place on Saturday, May 25 as part of the 2019 Memorial Cup presented by Kia festivities in Halifax.

Head Coach Marc Habscheid is up for the 2018-19 Sofina Brian Kilrea Coach of the Year Award.

Habscheid won the Dunc McCallum Memorial Trophy as the WHL Coach of the Year at the WHL Awards in May. He guided the Raiders to a league-best 54-10-2-2 record to claim the East Division banner and the Scotty Munro Memorial Trophy for the team’s best season since 1984-85.

During this season, the Raiders won 26 of its first 28 games, including a 19-game winning streak. In the WHL Playoffs, the Raiders finished with a 16-7 record to win the Ed Chynoweth Cup for the first time in 34 seasons. Habscheid also reached the 500-win plateau in the WHL and coached in his 1,000th career game.

Habscheid previously won the Dunc McCallum Memorial Trophy and the Brian Kilrea Coach of the Year Award in 2003 as he led the Kelowna Rockets to a 51-win year. He has also coached the Kamloops Blazers and Chilliwack Bruins/Victoria Royals.