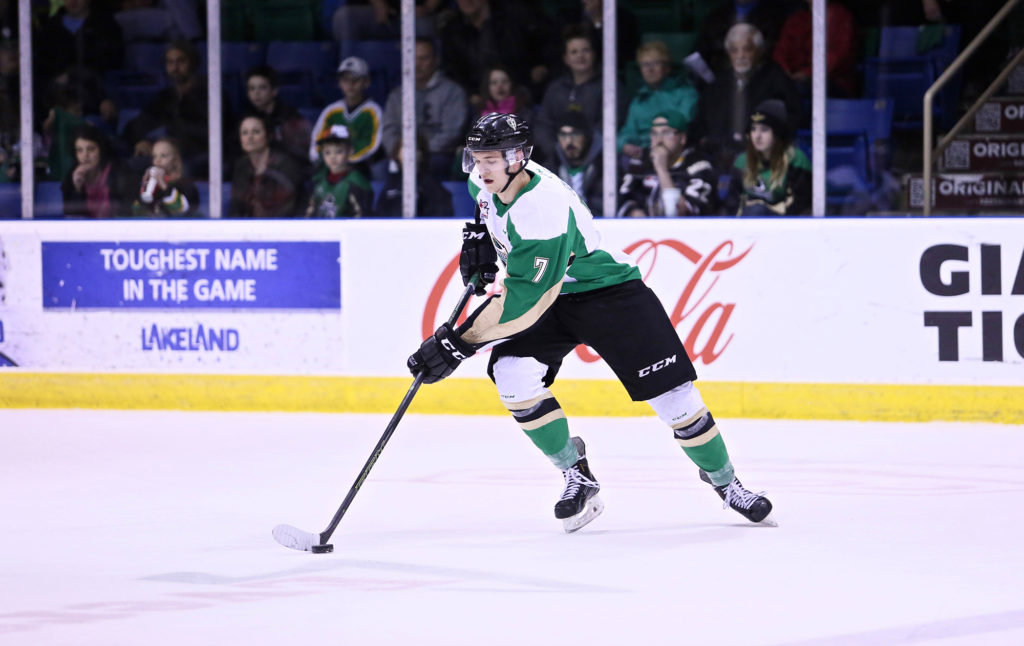 On Tuesday, the Buffalo Sabres announced their 23-man opening night roster and that Brendan Guhle had been re-assigned to the Raiders.

Guhle was a second-round pick of the Sabres in the 2015 NHL Entry Draft. Last season, the Sherwood Park, AB product played in 63 games, scoring 10 goals and adding 18 assists. Following the season, he skated in six games with the AHL’s Rochester Americans, picking up a goal and three assists.