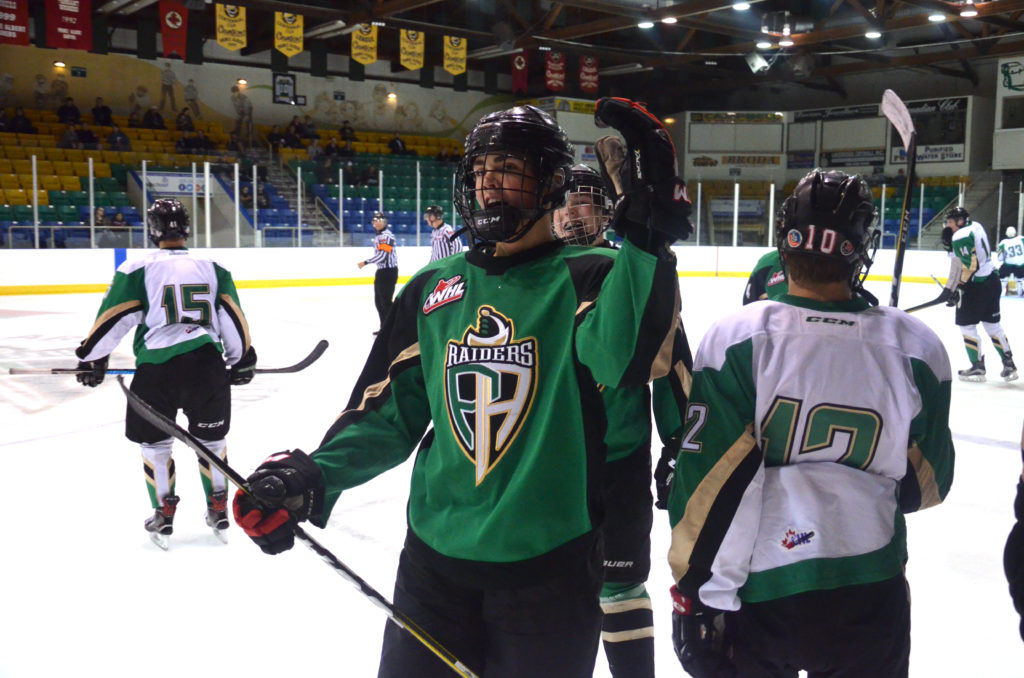 Prince Albert, SK – Ozzy Wiesblatt’s goal and an assist in the third period clinched a 5-1 victory for Team Green in the annual Green And White Game on Tuesday night at the Art Hauser Centre.

The Calgary product scored the insurance goal 3:13 into the third period, flicking a partial breakaway over Draydon Ramage. He also assisted on Green’s fifth goal of the game, scored by Logan Linklater.

Green got the scoring going early in the first period. Kaiden Guhle’s shot from the point found its way through traffic and past Sam Smith. Less than two minutes later, Mackenzie Belinski levelled the score for Team White when he solved Brett Balas. Late in the first, Mathew Lehman scored an unassisted marker to give Green the lead heading into the intermission.

Following a scoreless second, Wiesblatt took a stretch pass from Jakob Brook and buried a shot to put Green up 3-1. Midway through the frame, Tyson Laventure showed off his scoring prowess with an unassisted, shorthanded goal. Linklater rounded out the scoring at the 11:12 mark of the period.

Balas got the start in goal for Team Green, making 16 saves in his half of the game. Andreai Proctor-Ramirez played the rest of the game and stopped all 20 shots he faced.

At the other end of the ice, Sam Smith turned aside nine of 11 shots faced. Ramage made 15 saves in the second 30 minutes of the contest.

The Raiders now turn their attention to the 2018 Pre-season. Their first match-up is on Thursday night at the Art Hauser Centre against the Saskatoon Blades in the Young Guns Game. Puck drop is 7 p.m. Tickets are $10 for adults and $5 for fans 18 and under.

Following the game, the Raiders re-assigned the following players to their respective clubs: