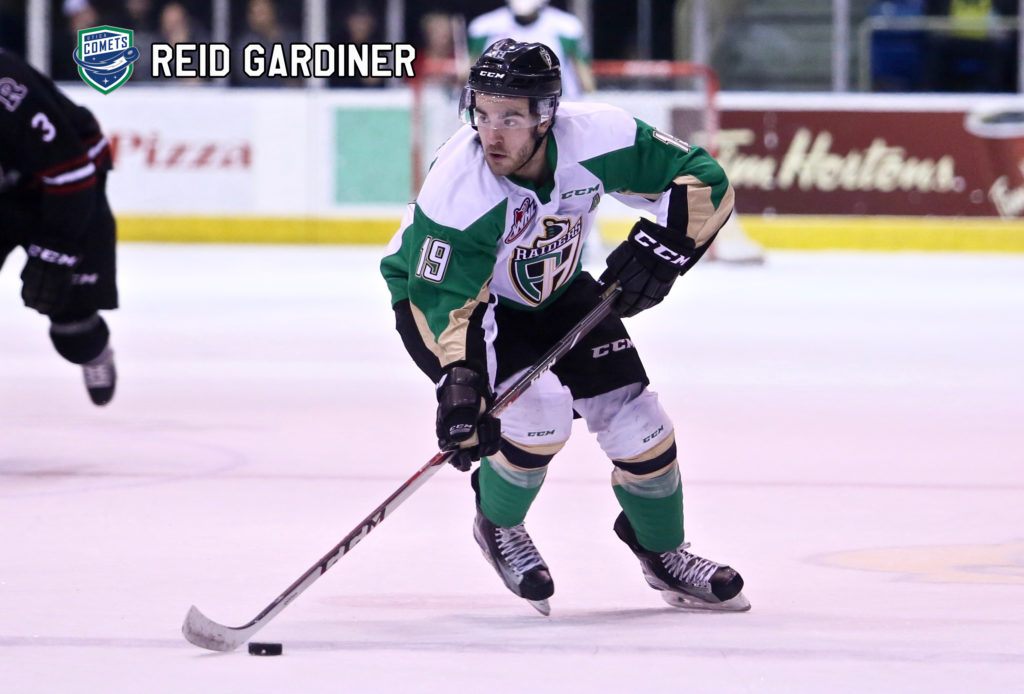 Prince Albert, SK – Prince Albert Raiders alum Reid Gardiner agreed to a one-year deal with the AHL’s Utica Comets, which was announced by the team on Thursday.

Gardiner, now 22, scored 30 goals and added 27 assists in 58. games with the ECHL’s Wheeling Nailers. His season earned him a spot on the ECHL All-Rookie Team. He also dressed in 10 games with the AHL’s Wilkes-Barre/Scranton Penguins, recording a goal and two assists.

The Humboldt product is familiar with Comets’ NHL affiliate, the Vancouver Canucks. Gardiner was invited to the team’s development camp following the 2015 NHL Draft.

Before signing an AHL deal with Wilkes-Barre/Scranton prior to the 2016-17 season, Gardiner played in 262 games with the Raiders. He tallied 106 goals and added 114 assists before being traded the Kelowna Rockets at the 2017 WHL Trade Deadline.

Gardiner was drafted eighth overall in the 2011 WHL Bantam Draft by the Raiders.