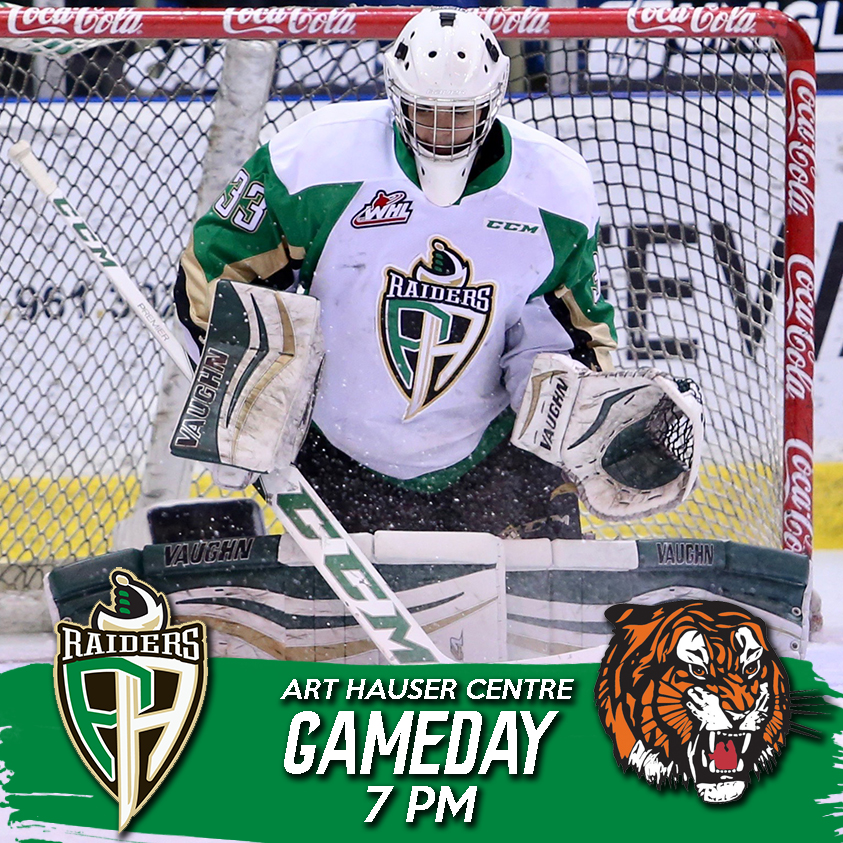 RAIDER REVIEW: The Prince Albert Raiders (17-40-4-2) continue their home stand as they welcome the Central Division-leading Medicine Hat Tigers (44-18-1-0) into the Art Hauser Centre. The Raiders are coming off of a 4-2 win over the rival Saskatoon Blades on Saturday night. Cavin Leth opened the scoring midway through the first period with his 19th goal of the season. After the Blades tied it up in the second, Simon Stransky restored the Raiders’ lead approximately five minutes into the third. Kolten Olynek made it a 3-1 game two minutes later. With 1:56 remaining, the Blades cut the lead back to one. However, Curtis Miske scored into an empty net with 28 seconds left to make it a 4-2 Raiders’ win. Ian Scott made his fourth straight start, picking up his ninth win of the year with a 21 save performance.

VS. MEDICINE HAT: This is the final game of the year between the Raiders and the Tigers. The Raiders are searching for their first win over the Tigers this season.

HEATING UP: Raiders goaltender Ian Scott has been on a hot streak of late. The Calgary, AB product has started the Raiders last four games, winning twice and losing in overtime once. Over that stretch, Scott – who was ranked second amongst North American goalies by NHL Central Scouting for the upcoming NHL Draft – posted a 2.27 goals against average and a 0.927 save percentage.

BACK TO BACK: Curtis Miske provided some of the offence against the Saskatoon Blades last weekend. The ’97-born forward had a goal in each of the games against the Blades. He now has six goals in the last eight games.

BREAKING THE STREAK: Raiders defenceman Zack Hayes snapped a 14-game pointless streak with an assist on Kolten Olynek’s third period goal on Saturday night against the Blades. Hayes now has one goal and seven helpers this year.

NEXT UP: The Raiders welcome the Lethbride Hurricanes into the Art Hauser Centre on Friday night as their home stand continues.  On Saturday, the Kootenay ICE comes to town on Autism Awareness Night. Both games begin at 7 p.m. Tickets can be purchased here, in the Raider Office, or by calling 306-764-5348.