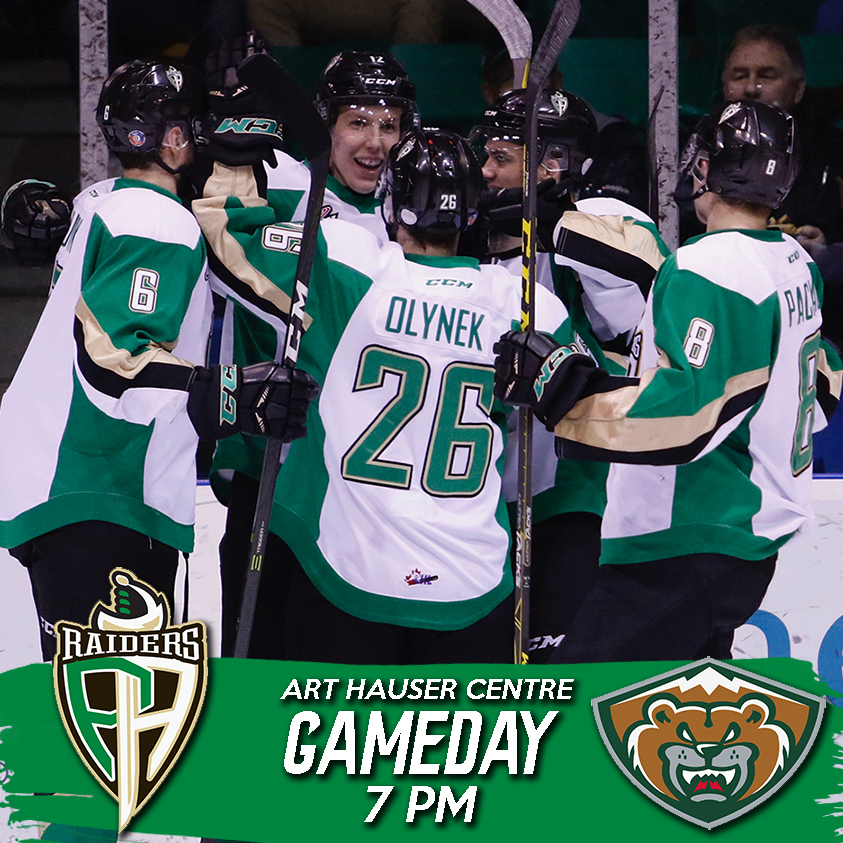 RAIDER REVIEW: The Prince Albert Raiders (14-38-3-2) welcome the Everett Silvertips (34-12-8-2) into the Art Hauser Centre tonight for their biennial visit to Hockey Town North. In their last outing, the Raiders used two third-period goals to knock off the Brandon Wheat Kings 5-3 on Wednesday night at the Art Hauser Centre. Curtis Miske and Tim Vanstone both scored first period goals to keep it a 2-2 game after 20 minutes. In the second, Sean Montgomery put the Raiders up 3-2 with a shorthanded goal, but the Wheat Kings tied it before the period closed. Parker Kelly notched his 12th of the year to put his team up 4-3. Simon Stransky iced the game with an empty-net goal in the final minute. Nicholas Sanders made 22 saves to earn his seventh win of the season.

VS. U.S. DIVISION: The Raiders have struggled against teams from the United States this season. The Raiders are winless in the first four matchups against the U.S. Division, losing by a cumulative score of 21-8.

OH CAPTAIN, MY CAPTAIN: Raiders captain Tim Vanstone has been filling the net lately. The overager from Swift Current has three goals in his past four games and points in four of his last five. In that stretch, Vanstone has three goals and two assists. He now has 26 points on the year, matching a career-best total set last season. With 10 goals and 16 assists, he is one away in each category from matching career bests.

SANDERS STREAKING: Since picking up his first win in the Green and Gold, Nicholas Sanders has been streaking. The netminder from Calgary has a 7-1-0-0 record in nine appearances beginning on Jan. 20 to go along with a 2.99 goals-against average and a 0.907 save percentage. Sanders now has a 7-10-1-2 record with a 3.76 GAA and a 0.890 SV% since joining the team in a trade from the Tri-City Americans.

TO THE MAX: 17-year-old defenceman Max Martin took over the team lead for points by a defenceman with an assist on Wednesday night against the Brandon Wheat Kings. Martin, who has picked up an assist in back-to-back game, leads all Raiders blueliners with 17 points in 36 games.

NEXT UP: The Raiders hit the road for a Saturday night tilt against the Brandon Wheat Kings at Westman Place. Game time is 7:30 p.m. The next Raiders’ home game is on Monday afternoon when the Regina Pats – the No. 1-ranked team in the CHL, visit the Art Hauser Centre. Puck drop is 4 p.m. There will be a post-game skate with the Raiders open to any kids with tickets for Monday afternoon’s contest. Tickets can be purchased at raiderhockey.com, in the Raider Office, or by calling 306-764-5348.